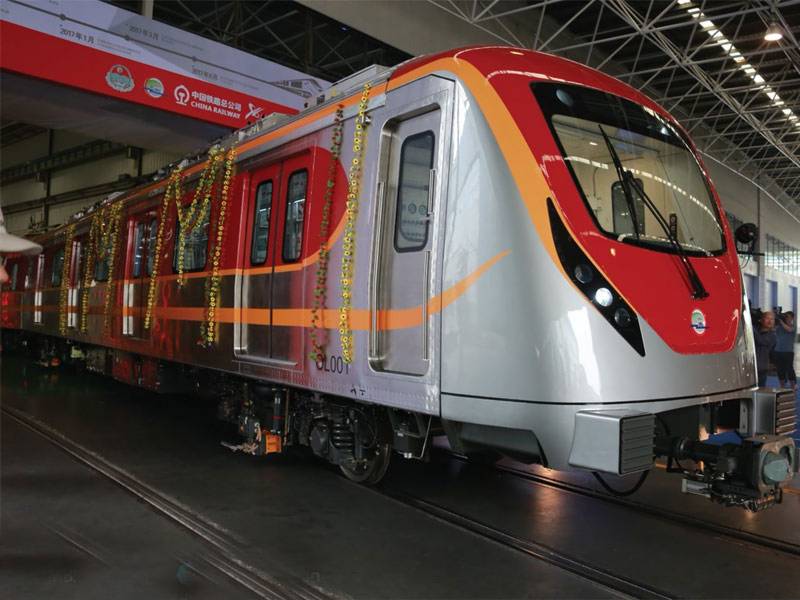 This was stated by Chinese expert Zhou Rong at the Chongyang Institute for Financial Studies at Renmin University in an interview with Global Times in Beijing.

Zhou Rong said that with the addition of a first-rate, modern public transit service will be a major boon to Pakistan economy and people.

The expert described the project as a token of China-Pakistan friendship and a project that provides a high-class transportation service of international standards.

He said the system will bring benefits to commuters and office workers in Lahore while the roomier train compartment provides ready access to an area exclusively for women.

Zhou Rong said the rolling out of an electrified subway system showed that Pakistan’s energy issues are being effectively addressed.

The Orange Line Metro Train was put through its first test run last week after the completion of the physical infrastructure stage of the project. The move is considered to be a major step forward under the China-Pakistan Economic Corridor.

The test run was made across Lahore via a 25-kilometer route. There are 26 stations including 24 elevated stops and two underground stations. It is expected to cut travel time by more than 70 percent.

The system will have a total of 27 sets of energy-saving electric trains, with air-conditioned cabins and an operating speed of 80 km per hour.

It is expected to transport 250,000 passengers daily when it is fully operational in the first half of 2020.