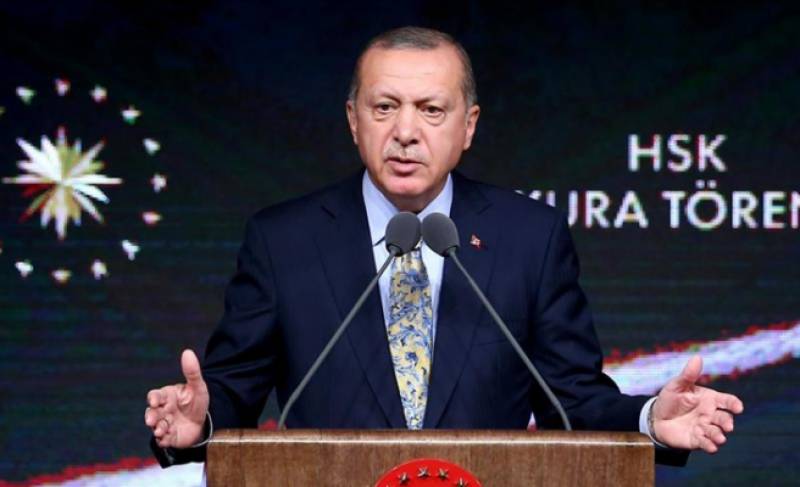 Turkey wasted enough time to intervene with the terror swamp in the east of the Euphrates River, Erdogan said at the Organization of Islamic Cooperation's (OIC) member/observer states judicial conference in Istanbul.

“We will no longer tolerate a single day of delay,” Erdogan added. “We are determined to bring peace and security to the areas east of the Euphrates.”

The president said that Turkey conducted an anti-terror operation in Sinjar and Mount Karajak regions of northern Iraq Thursday night, adding such operations will continue.

Erdogan’s remarks came after the Turkish Armed Forces conducted airstrikes in an overnight operation against the regions which terrorists have been using as their bases.

A Turkish soldier was martyred in Afrin on Thursday when YPG/PKK terrorists opened a harassment fire on Turkish forces, according to the Defense Ministry. The Turkish military retaliated to the attack immediately.

On Wednesday, Erdogan announced that an operation to clear the area east of the Euphrates River of the YPG/PKK terrorists will start "in a few days".

In its more than 30-year terror campaign against Turkey, the PKK -- listed as a terrorist organization by Turkey, the U.S. and the EU -- has been responsible for the deaths of some 40,000 people, including women and children. The YPG is its Syrian branch.

The terror group has occupied the region east of the Euphrates, which shares a 480-kilometer-long (298 miles) border with Turkey.