India gets a snub from Britain over Occupied Kashmir scenario
15 Aug, 2019 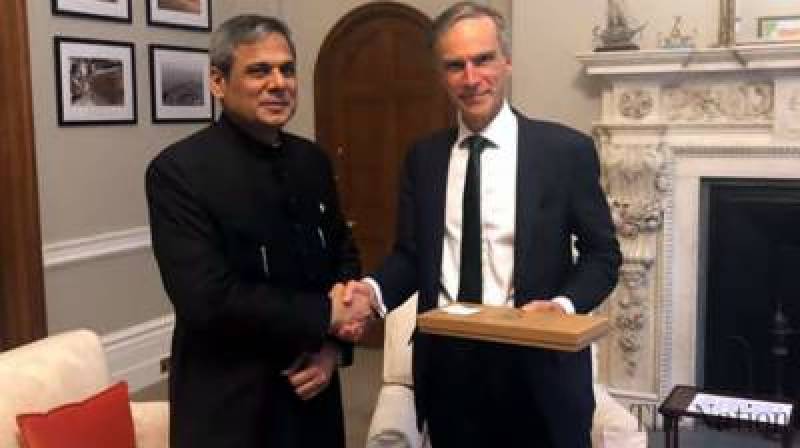 LONDON - India gets a snub from Britain over Occupied Kashmir scenario.

The concern was shown by United Kingdom's Foreign and Commonwealth Office Minister Dr. Andrew Murrison during a meeting with Pakistan's High Commissioner to UK Mohammad Nafees Zakaria in London.

The Pakistani High Commissioner briefed the Minister on the gross human rights violations in Indian occupied Kashmir, the threat to the regional security due to unilateral move by India to change the demography of the IOK and simultaneously heating up of situation at LoC and Working Boundary.

He highlighted the violations of UN Security Council Resolutions on Jammu and Kashmir committed by India. In the context of atrocities perpetrated by the Indian occupation forces on innocent Kashmiris, the High Commissioner also referred to various international Human rights organisations reports.