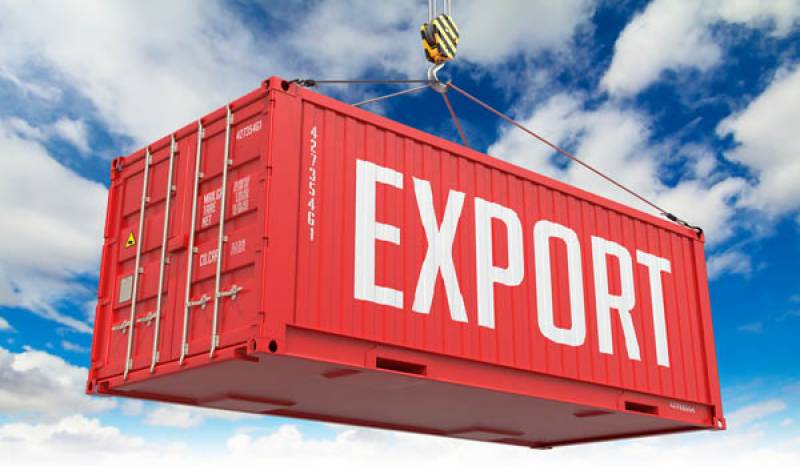 ISLAMABAD: The country’s exports witnessed 10.58 percentincrease during the first month of the ongoing fiscal year (2017-18),compared to the corresponding month of last year.
Pakistan exported goods worth $1.631 billion in July 2017compared to the exports of $1.475 billion in July 2016, showingupward growth of 10.58 percent, an official in ministry of commercetold this agency on Tuesday.
The merchandise imports during the month under review alsoincreased by 36.74 percent compared to July 2016.
The imports into the country during July 2017 were recorded at$4.835 billion compared to the imports of $3.536 billion, the datarevealed.
He said the trade deficit during July 2017 was.recorded at $3.204 billion, which shows growth of 55.46 percent when compared to the deficit of $2.061 billion during July 2016.
Meanwhile, on month-on-month basis, the exports from the country witnessed negative growth of 14.70 percent in July 2017 when compared to the exports of $1.912 billion in June 2017.
The imports into the country increased by 6.64 percent in July2017 when compared to the imports of $4.534 billion recorded duringJune 2017, according to the data.Replying to question, the official said the ministry was contributing to the national economy through trade facilitation andliberalization, improve export competitiveness and reduce the costof doing business.
The government is committed in providing direction anddiversification to internal trade for enhancing supply chains toenhance the country’s exports.
“We are working to explore new trade avenues and markets indifferent regions to get access to these markets for promotion of country’s trade,” he said.
He said that new tarde policy mainly targeted the internationaland internal trade for improving supply chain, enhancing use of technology and providing competitiveness.