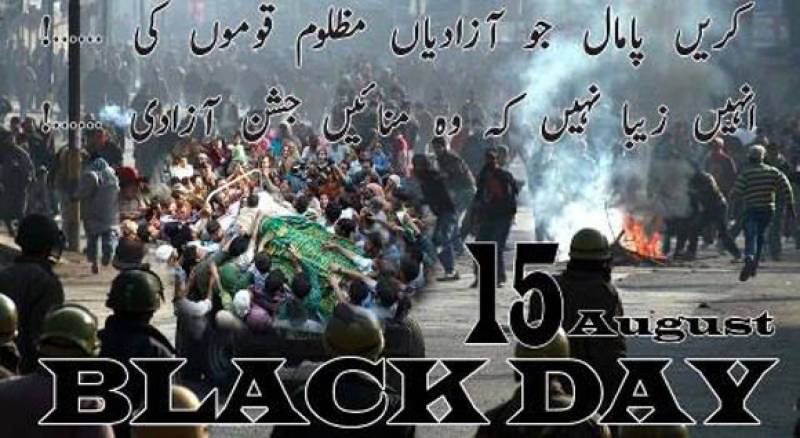 Kashmiris on both sides of the Line of Control and across the world are observing India’s Independence Day, Tuesday (August 15), as Black Day, reported Radio Pakistan.

Its aim is to convey the message to international community that India has usurped Kashmiris' inalienable right to self-determination by the dint of force.

The day will be marked by a complete strike in occupied Kashmir, call for which has been jointly given by the resistance leadership, comprising Syed Ali Gilani, Mirwaiz Umar Farooq and Muhammad Yasin Malik.

Meanwhile, protest rallies and demonstrations will be held throughout Azad Jammu and Kashmir to mark India’s Independence Day as Black Day.

Black flags will be hoisted on buildings throughout Occupied Kashmir.

In Muzaffarabad, a big protest demonstration will be held at Central Press club.