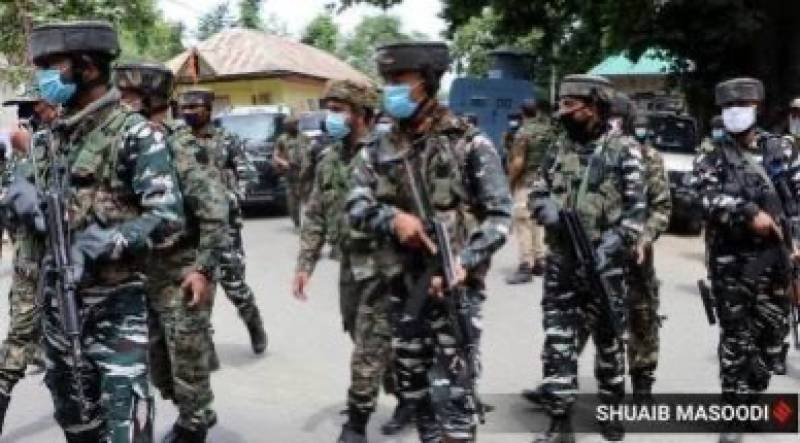 Three Indian soldiers were killed and five injured when their vehicle met with an accident on way to the encounter site in Occupied Kashmir. ADVERTISEMENT

Meanwhile, three soldiers were killed and five injured when their vehicle met with an accident. According to the police, soldiers of 44 Rashtriya Rifles (RR) were traveling in a Tama Sumo from Chowgam camp in Shopian to the encounter site at Badigam when the vehicle skidded off the road at Kanipora village. ADVERTISEMENT

“The driver lost control over the vehicle due to some technical fault and it skidded off the road,” the police said in a tweet.

A defence spokesman said the vehicle met with an accident because of “wet road conditions”. The police denied rumours of stone pelting by protesters on the Army personnel at Kanipora.