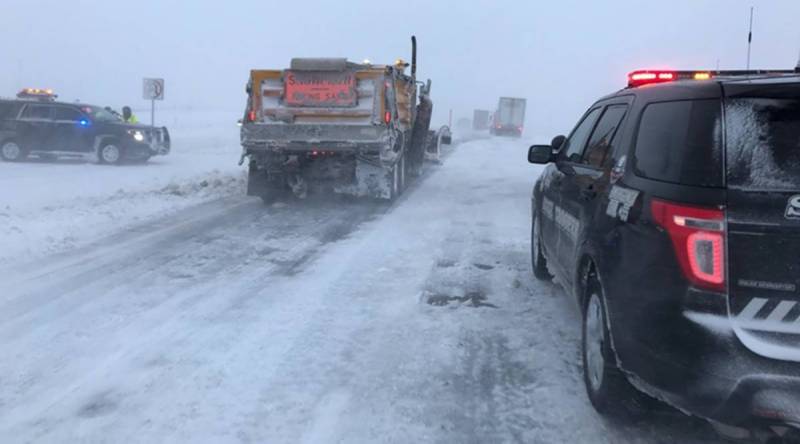 In the Upper Midwest, the early spring storm brought snow to a region pining for sunshine and warmth.

Around 400 flights were canceled at Minneapolis-St. Paul International Airport, which grounded all flights Saturday afternoon as heavy snow made it difficult to keep runways clear and planes deiced, while blizzard conditions forced the airport in South Dakota’s biggest city, Sioux Falls, to remain closed for a second straight day.

The Minnesota Twins home game against the Chicago White Sox was snowed out Saturday, marking the first back-to-back postponements of baseball games in the stadium’s nine seasons.

Sunday’s game was also called off because of the storm, which by Saturday night had buried Minneapolis under more than 13 inches of snow (33 centimeters). The Yankees and Tigers were rained out Saturday in Detroit.

Authorities closed several highways in southwestern Minnesota, where no travel was advised, and driving conditions were difficult across the southern half of the state.

The National Weather Service predicted that a large swath of southern Minnesota, including Minneapolis and St. Paul, could get up to 20 inches of snow (51 centimeters) by the time the storm blows through early Sunday.