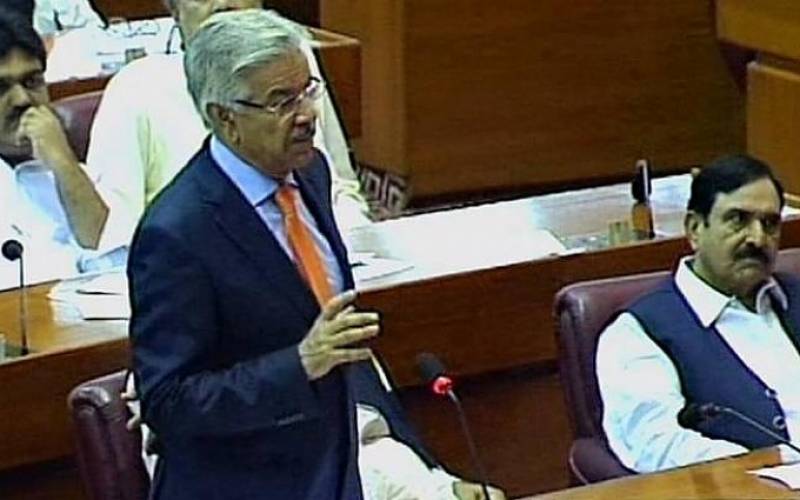 ISLAMABAD: Defense Ministry said that effective steps are being taken by Pakistan to strengthen Pak-Afghan border security adding that work is under way between Pak Army and Afghan security forces to further improve the border management.
As per details, a written reply has been submitted by Defense Minister Khawaja Asif in Senate here at today stating that borders conflicts would be resolved with Afghanistan for peace and stability while militant hideouts are also being destroyed by Pak Army in ongoing operation Zarb-e-Azab.

Afghan National Army has been asked by Pakistan for the eradication of terrorists in Afghan areas, Khawaja Asif claimed saying that Pakistan is also working for the success of Afghan peace process.

Defense Minister made it clear that Pakistan is taking concreate measures to improve the border management with Afghanistan as well as to promote peace in the region.
He further added in his written reply that Naval Headquarters do not have any link with housing colony however information is being collected from other Headquarters of relevant institution in this regard.