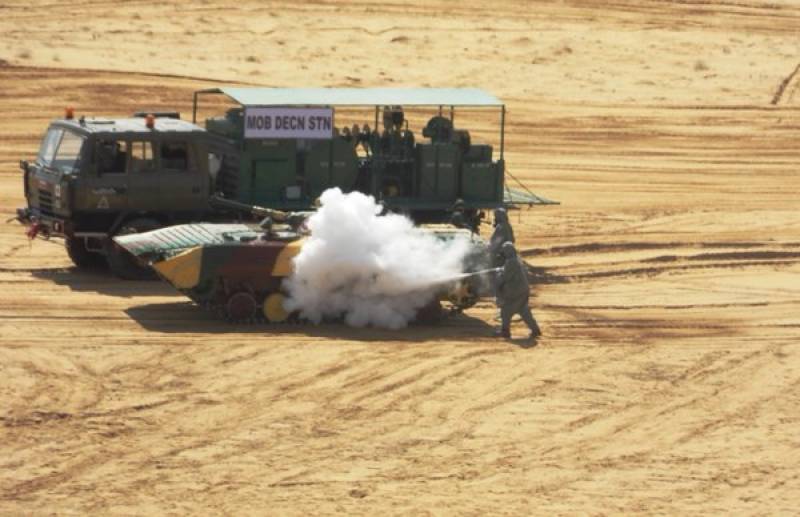 Mathura based 1 corps out of India’s three principle strike corps is taking part in the exercise with heavy artillery to simulate nuclear, biological, chemical (NBC) warfare environment.
Sources claimed that 2,000-3,000 para-dropping soldiers will also take part in the exercise.

Army Chief General Dalbir Singh Suhag will personally review the final phase of the exercise.
A defence expert said “Pakistan might be foolish enough to talk about tactical nukes as weapons but India’s no-first-use policy is clear. It warns of a massive and harsh retaliation to any first NBC strike by an adversary, be it tactical or strategic.”