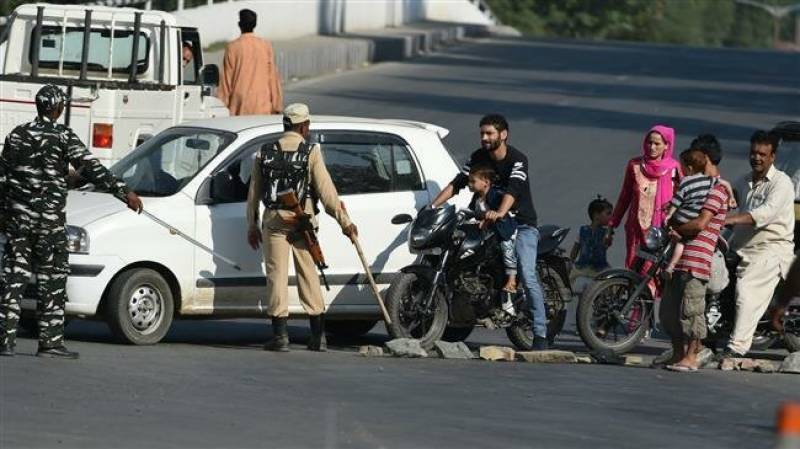 Media reports citing a recent government data reported on Thursday that Indian forces had arrested more than 3,800 people across the region over the past few weeks.

The report contains data from 13 police districts that make up the Kashmir Valley. It shows the largest number of arrests from the most populous part of the contested region where the main city of Srinagar is located.

The bulk of those arrested - more than 3,000 - were listed as "stone pelters and other miscreants".

Over 200 politicians, including two former chief ministers of the state, were detained along with more than 100 leaders and activists from an umbrella organization of pro-separatist political groups.