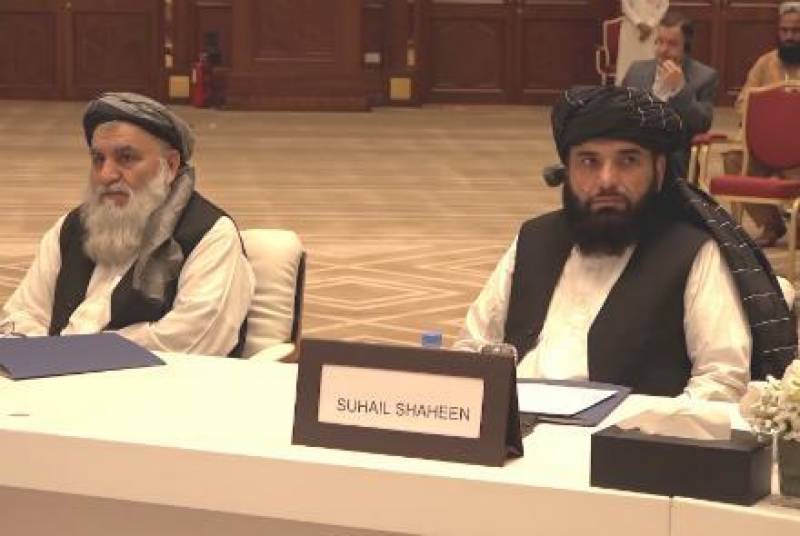 A spokesman of the Taliban political office in Qatar, Suhail Shaheen while talking to Al Jazeera in an interview said the Taliban is ready for negotiations with Afghans, but a ceasefire will be possible when all foreign forces leave the country.

The two sides held nine rounds of talks over the last year. US chief negotiator Zalmay Khalilzad led the talks from the United States side while the Taliban team was led by Mullah Abdul Ghani Baradar, the deputy leader of the group, and Abbas Stanekzai, former head of Taliban’s political office in Doha.

Mr. Shaheen said that at first, it was decided to reduce violence when the US starts withdrawing its forces from the country. He said they wanted to provide the US a “safe passage” for withdrawal.

According to him, the two sides were discussing the venue and date of the signing ceremony of the peace deal when Mr. Trump tweeted about stopping the talks with the Taliban.

“About other Afghans, we are ready to talk with them if there is ceasefire with them, there will be no attack [against] them. This is another aspect of the Afghan issue,” Mr. Shaheen said.