Amid shifting alliances, Pakistan and China send a strong message to the World
14 Oct, 2019 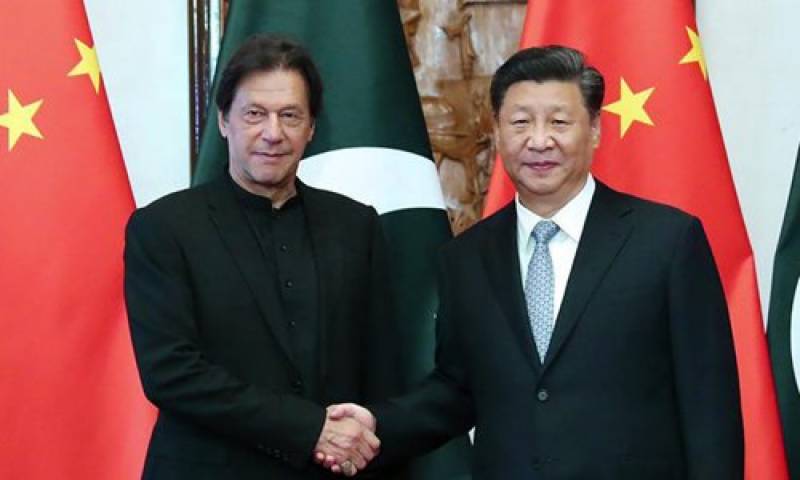 ISLAMABAD - The pace of shifting global alliances is baffling even the most avid international relations observers. Big powers are abandoning their allies and developing countries are leaving their neighbors behind to partner with distant nations.

But one relationship has transcended generations. As the People's Republic of China celebrated the 70th anniversary of its founding, Pakistan has been at its side during all highs and lows. The South Asian nation has been one of China's closest partners in the region, popularly known among its people as the "iron brother."

When Pakistani Prime Minister Imran Khan arrived in China on October 8, it was his third China visit in a year. The changing geopolitical situation in the region and the world required taking each other's leadership into confidence and consolidating the mutual support built over the years.

A joint press release related to the visit revealed that the two countries have been on the same page on the biggest issues. The Pakistan side reaffirmed its commitment to the "one-China" principle and clear support for the "one country, two systems" principle.

The spate of violence that has plagued Hong Kong has been damaging the special administrative region's economy and putting at stake its reputation as a global financial center. At such a critical time, China's partners, including Pakistan, have come forward asking for upholding international law and avoiding interference in internal affairs.

China too has been cognizant of the territorial sensitivities of Pakistan. The recent abrogation of the autonomous status of Jammu and Kashmir by India has been a major concern for Pakistan and came up several times during Khan's meetings with Chinese leadership.

While paying close attention to the circumstances in Kashmir, China has stated its clear position on this dispute left from history. It asks for a peaceful resolution based on the UN Charter, relevant UN Security Council resolutions and bilateral agreements and "opposes any unilateral actions that complicate the situation."

Another matter that has been a point of common concern is the predicament in Afghanistan where decades of war and failed reconstruction drives have left the country devastated. Both China and Pakistan are making efforts to promote peace and reconciliation in Afghanistan.

Extending the China-proposed Belt and Road link Initiative (BRI) to Afghanistan has been a common objective of both China and Pakistan to spur economic growth in the war-ravaged country. The Afghan government has been interested in the prospects of linking the China-Pakistan Economic Corridor (CPEC) to Kabul via a highway through the Pakistani city of Peshawar.

Unlike what speculative reports in Western media point out, CPEC is right on track. The infrastructure network connecting Northwest China's Xinjiang link Uyghur Autonomous Region with the Indian Ocean through Pakistan's Gwadar is about to be completed.

Khan's visit was used by both sides to sort out the modalities of expanding CPEC into its second phase. During this phase the corridor will focus on industrial and socioeconomic development in Pakistan by increasing projects that improve livelihood. The development of special economic zones is also a part of this phase as construction work on several zones has begun.

Gwadar, the terminating point of CPEC, where China has built a state-of-the-art deep sea port, received special tax concessions days before the visit of Khan. The move paved the way for industrialization of the city and lent encouragement to Chinese projects populating its industrial estate.

During the visit, Khan appreciated China's anti-corruption drive. Around 621,000 people in China were punished for corruption in 2018. The Central Commission for Discipline Inspection has been the leading government body in investigating and rooting out the malaise.

For decades, Pakistan itself has been battling corruption that has stifled its progress. The present government emerged triumphant in the general election in 2018 with a mandate that found birth in the nation's frustration over the problem. With several prominent politicians now behind bars, the country's National Accountability Bureau has been extensively in the news for its successes.

Khan has been an ardent supporter of China's poverty alleviation program. On the night of his election victory, he addressed the nation in a televised speech and vowed to take a cue from the Chinese approach. Speaking at the China Council for Promotion of International Trade in Beijing on October 8, he reiterated his willingness to learn from how China brought 700 million people out of poverty in just 30 years.

The willingness to strengthen a relationship that has stood the test of time starts right at the top. This visit was a true manifestation of that.

*The author is a Pakistan-based freelance journalist and commentator on modern China.danielhyatt83@hotmail.com