US rescued hostages parents angry at son in law
14 Oct, 2017 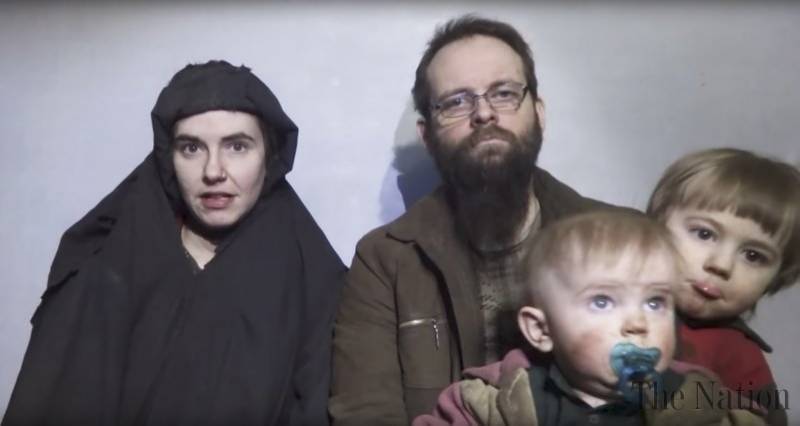 WASHINGTON - The parents of an American woman freed with her family after five years of captivity say they are elated, but also angry at their son-in law for taking their daughter to Afghanistan.

“Taking your pregnant wife to a very dangerous place, to me, and the kind of person I am, is unconscionable,” Caitlan Coleman’s father, Jim, told ABC News.

Caitlan Coleman and Joshua Boyle were rescued Wednesday, five years after they had been abducted by a Taliban-linked extremist network while in Afghanistan as part of a multi-nation backpacking trip. She was pregnant at the time and had three children in captivity.

Two Pakistani security officials say the family left by plane from Islamabad on Friday. The officials did not say where the family was headed, but Boyle’s family has said the couple’s plan is to return to Canada. The officials spoke on condition of anonymity in keeping with official protocol.

Caitlan Coleman is from Stewartstown, Pennsylvania, and Boyle is Canadian.

Coleman’s mother, Lynda, said the opportunity to finally speak to her daughter after she was freed was “incredible.”

“I’ve been waiting to hear that voice for so long. And then to hear her voice and have it sound exactly like the last time I talked to her,” she said.