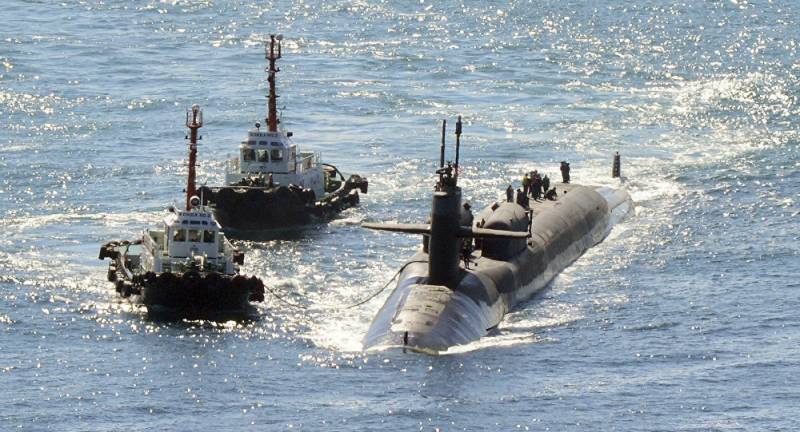 The USS Michigan Ohio-class ballistic missile sub has arrived in Busan, South Korea ahead of large scale US-South Korean exercises next week. Observers are concerned by the fact that another US sub, the USS Tucson, is already present in the area, and that it has been carrying out secret training missions whose purpose remains unclear.

According to the US Navy, the USS Michigan has arrived in the country Friday to participate in major naval drills next week, which will also involve the USS Ronald Reagan supercarrier, two destroyers, and South Korean ships equipped with the Aegis missile defense systems.

However, some observers are concerned by the sub's offensive capabilities (including up to 154 conventional land attack cruise missiles) which they say may indicate that the Pentagon has something other than a purely defensive role in mind.

Their fears have been heightened by the fact that just two days earlier, South Korean media confirmed that another US nuclear sub, the USS Tucson, capable of launching up to 24 Tomahawk cruise missiles or torpedoes, made a stopover at South Korea's main naval base in Jinhae last Saturday. Yonhap news agency reported that the attack sub left the port shortly after stocking up on supplies, heading in an unknown direction.

A South Korean Defense Ministry source told Yonhap that the US Navy did not specify the sub's destination, adding that unplanned, unannounced visits by US vessels were a regular occurrence.

Some South Korean observers are concerned by the presence of two US subs in Korean waters, which is a rare occurrence. The last time this occurred was between April-May, when Donald Trump's remarks to Philippines President Rodrigo Duterte that the US had two nuclear subs in the area were leaked to the press.

Having entered the Port of Busan on Friday, the USS Michigan, which is also capable of carrying tactical nukes, is expected to leave port to join up with the Ronald Reagan aircraft carrier strike group next week.

The USS Tucson is assumed to be located in the Sea of Japan, making it highly likely that it too will join next week's joint US-South Korean drills.

Tensions have risen considerably since the April-May sub deployment. This week, North Korea warned that the US president had "lit the wick of war," in his comments at the UN General Assembly last month. During his speech, Trump had threatened to "totally destroy" North Korea as the latter continues to develop and test advanced nuclear and missile systems, including what Pyongyang has said was a hydrogen bomb last month.

This week, North Korea also accused Washington of trying to assassinate leader Kim Jong-un, saying that the alleged plot "shows the true nature of the US as the main culprit behind terrorism."

Some observers, including journalist and Korea expert Andrei Olfert, are concerned that in light of growing tensions, "it cannot be excluded that this cluster of US strategic weapons will not be used to launch a military operation against North Korea." 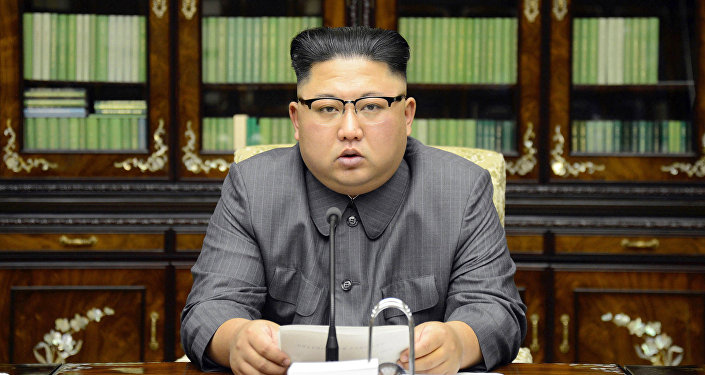 The expert warned that the offensive capabilities of the USS Tucson and especially the USS Michigan mean they cannot be depended on simply to protect the US carrier group during drills. What's more, USS naval doctrine calls for the offensive use of nuclear submarines to deploy Navy SEALS and other special operations units in the event of war.
For now, Olfert wrote, "Pyongyang has not reacted in any way to the training of US strategic aviation along its borders, despite its menacing threats to do so…However, the provocative concentration of [US and South Korean] forces may prompt North Korea to respond both in the air and at sea. In this scenario, the 'secret missions' of the US subs would instantly become clear."