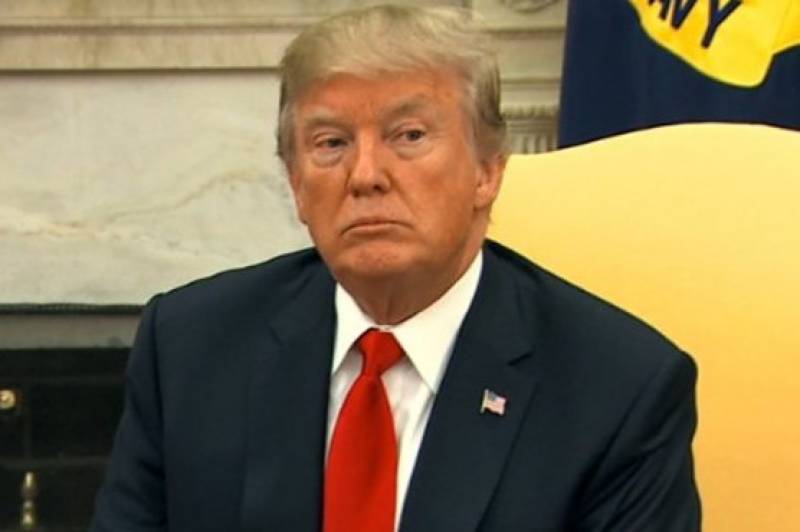 WASHINGTON - Donald Trump has gambled with US diplomatic credibility by attacking an Iran nuclear deal that his European allies cherish as a benchmark for international cooperation.

And in doing so the US president has underlined the risk that his "America First" foreign policy will translate to one of "America Alone" as he confronts future crises.

But one thread does stand out as he pulls out of trade deals, provokes allies and tears up international accords -- he seems determined that no international ties will bind him.

The United States emerged as the indispensable superpower in the wake of World War II in part through its leadership in a global rules-based system of treaties and alliances.

But, as Trump made clear last month in a speech to the UN General Assembly, his vision is of a world where America is just the most powerful in a network of sovereign nations.

Trump has not yet withdrawn from the Iran deal, although he made it clear that he is ready to do so if Congress and skeptical US allies do not agree to new sanctions.

He did quit the UN cultural organization, this week. He has collapsed the Trans-Pacific Partnership trade deal and appears to be poised to destroy the bigger NAFTA treaty.

Time and again his bluster has put in question America s commitment to its NATO allies, and time and again he has ordered reviews into the utility of remaining in UN agencies.

He has even declared that America will drop out of the biggest -- and arguably most important -- accord in world history, the 196-member Paris climate deal.

As might be expected, former members of president Barack Obama s administration are furious and bewildered at what they see as an abdication of US leadership.

"Once again, Trump is throwing into question the ability of the US to keep its commitment to international agreements," former top aide Ben Rhodes said.

"Other nations will not want to enter into agreements with the United States," he warned.

Former secretary of state John Kerry, a key architect of the Iran deal, called Trump s decision a "reckless abandonment of facts in favor of ego and ideology."

Trump, he said, "weakens our hand, alienates us from our allies, empowers Iranian hardliners, makes it harder to resolve North Korea and risks moving us closer to military conflict."

Iran s Foreign Minister Mohammad Javad Zarif, who negotiated the deal on behalf of Tehran, said Trump s move would do lasting damage to US credibility.

Washington s traditional allies in Europe were at first cautious in their approach to Trump, hoping he would mellow as he grew into the Oval Office role.

But they were outraged by his Iran gambit, and united in their response.

"It is clearly not in the hands of any president of any country in the world to terminate an agreement of this sort," declared EU foreign policy chief Federica Mogherini.

"The president of the United States has many powers (but) not this one."

In Washington, having failed to get through to Trump despite the support of some of his top advisers, European diplomats are now lobbying Congress to save the Iran deal.

Nevertheless, the Iran decision at least has some strong supporters in the US capital