This is what happens when Police gets subservient to political masters and not the state
14 Oct, 2017 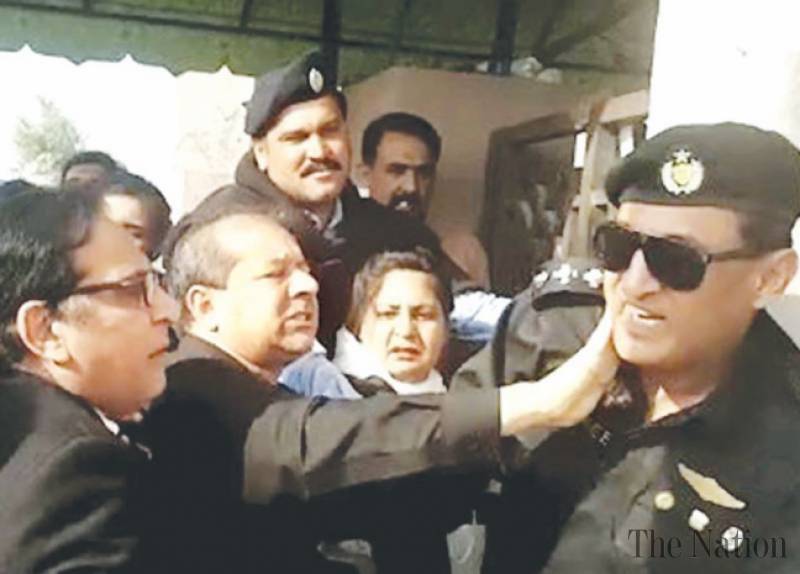 ISLAMABAD - The Islamabad Police officer was slapped by the lawyers outside the NAB court while the Sharif family was appearing before the NAB judge.

Inspector Shakeel Ahmed today lodged an FIR in the Ramna police station against lawyers for manhandling him outside the accountability court on yesterday.

A video that emerged after the incident showed lawyers slapping and pushing Inspector Ahmed, who was deployed at the accountability court, ahead of the indictment proceedings against the Sharifs.

The accountability court judge, hearing corruption cases against the Sharif family was forced to adjourn the proceedings due to the unprecedented ruckus caused by lawyers on Friday.

As the hearing began, the lawyers initiated a protest inside the courtroom claiming that the Islamabad High Court (IHC) has granted permission to lawyers to be present for court hearings inside the judicial complex as well as the accountability court stating it be “an open court”.