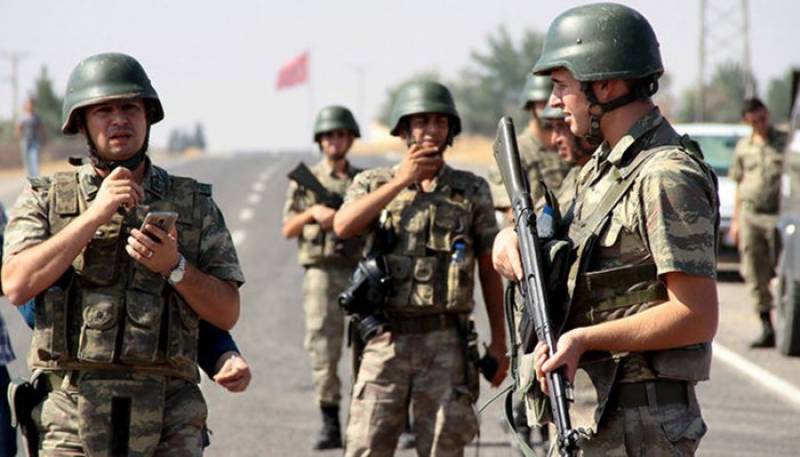 DAMASCUS: Syria on Saturday demanded the "immediate and unconditional withdrawal" of Turkish troops that have deployed in the country´s northwestern province of Idlib, state media said citing a foreign ministry source.

Turkish troops entered Idlib on Thursday night as part of efforts to enforce a so-called "de-escalation zone" agreed by rebel backer Ankara and regime allies Russia and Iran at talks in Astana earlier this year.

But the Syrian foreign ministry source slammed the "Turkish aggression", saying it had "nothing whatsoever to do with the understandings reached by the guarantor countries in the Astana process."

The source added that the deployment was "a violation of these understandings and a departure from them."

"The Turkish regime must abide by what was agreed in Astana."

And a new convoy entered on Saturday, according to the Britain-based Syrian Observatory for Human Rights monitor.

Turkey says it is backing Syrian rebels in a bid to oust HTS members in the area and allow Iranian, Russian and Turkish forces to implement the zone.

The "de-escalation" zone in Idlib is the one of four agreed in Astana and the last to be implemented, after.

Idlib is one of the last major areas of Syria beyond the control of the government, which has recaptured vast swathes of territory from opposition fighters since its ally Russia intervened on its behalf in September 2015.

More than 330,000 people have been killed in Syria since the conflict began in March 2011 with anti-government protests.