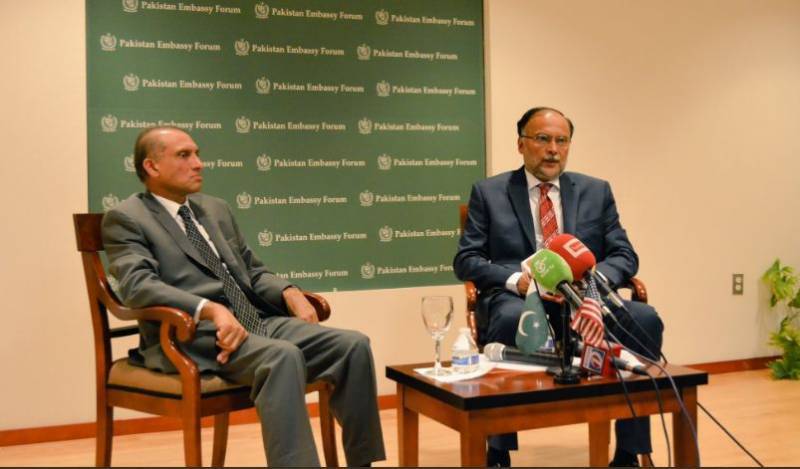 WASHINGTON - Minister for Interior Ahsan Iqbal says security situation has improved considerably after successful military operations in the tribal areas and other parts of the country.

He was addressing a gathering at the Embassy Forum, organized by Pakistan Embassy, in Washington.

The Minister said the country has reversed the tide of terrorism through the valiant efforts of Pakistan's security forces and determination of the entire nation.

He said Pakistan has made remarkable progress in the macroeconomic sector through prudent fiscal policies, which have resulted in economic growth rate of over 5.3 percent per annum.

He said major economic projects are underway, such as China-Pakistan Economic Corridor, which will generate business opportunities for foreign investors in coming years.

The Minister highlighted the initiatives taken by the government to enhance education, empower women, improve healthcare and reduce poverty in Pakistan.

On Pak-US relations, the Minister expressed the hope that both countries will continue to work together in future.

He also sought support for the US-Pakistan Knowledge Corridor.