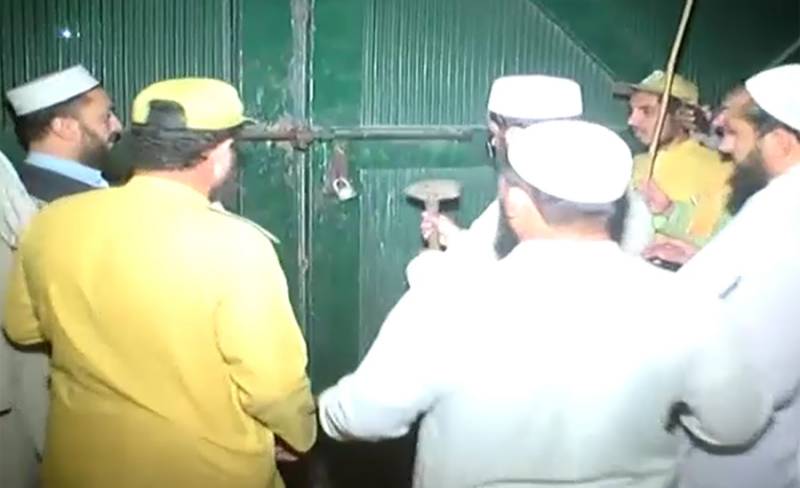 PESHAWAR  – The police have registered a case against the JUI-F leaders for holding a convention in Tehmas Stadium without the permission of the administration.

The JUI-F leaders requested to hold the Youths’ Convention in the stadium, but the administration did not allow them to hold the meeting.

The JUI-F workers turned violent and broke opened the gate and held the convention. The case has been registered against the DG Sports at the Faqirabad police station.