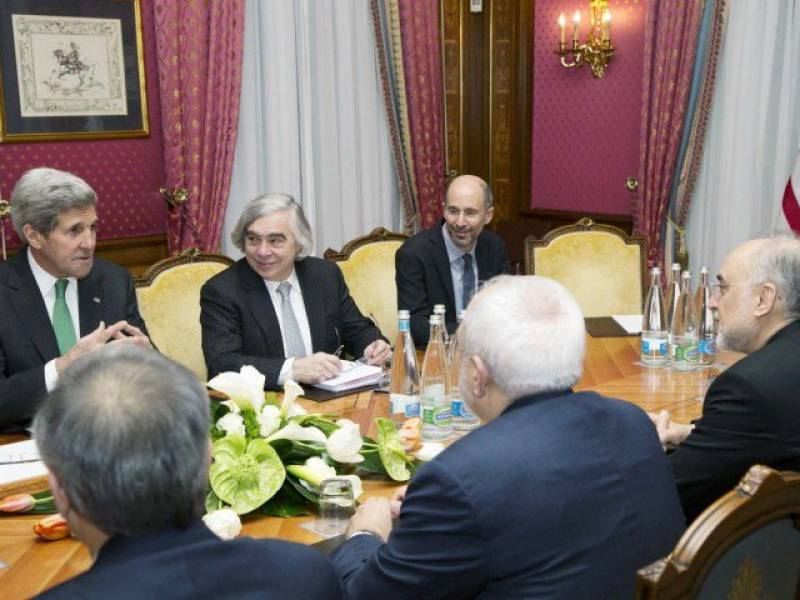 WASHINGTON: President Donald Trump is “creating an international crisis” with his “dangerous” decision to decertify the Iran nuclear deal, John Kerry, the former Secretary of State who negotiated the agreement, said Friday.

“It endangers America’s national security interests and those of our closest allies,” Kerry said of the move by Trump, who has long criticized the agreement, which is aimed at curbing Tehran’s nuclear program.

In a speech pocked with grievances dating to the 1979 Islamic Revolution, Trump railed against the “Iranian dictatorship, its sponsorship of terrorism, and its continuing aggression in the Middle East and all around the world.”

While he threatened to rip up the 2015 agreement, he stopped short of doing so for now, instead taking the procedural step of “decertifying” it, leaving its fate in the hands of the Republican-controlled Congress.

Kerry called on the legislature to stand in Trump’s way, saying that “the stakes are enormous for Congress.”

“That means rejecting president’s plan and the legislative maneuvers being contemplated that would unravel the agreement once and for all,” he said.