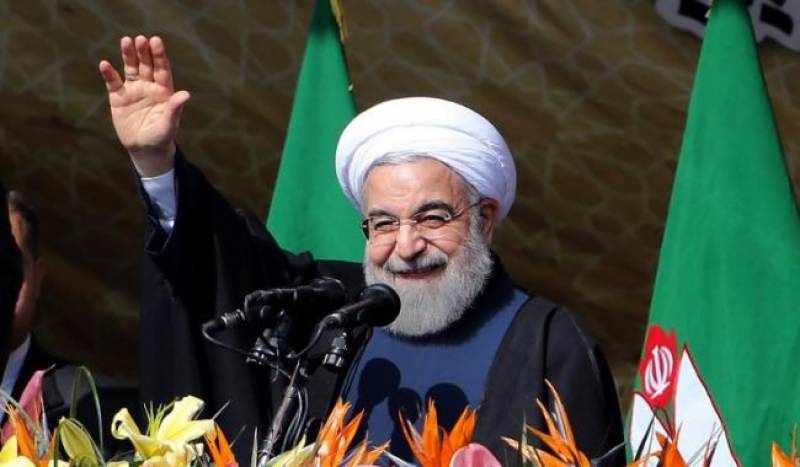 ANKARA: Iran harshly reacted to President Donald Trump´s decision not to certify its nuclear deal with six major powers, and President Hassan Rouhani said Tehran might walk away if the continuing agreement does not serve the country´s national interests.

Defying Trump, Rouhani said Tehran will double its efforts to expand the country´s defense capabilities, including the country´s ballistic missile programme despite the U. S. pressure to suspend it.

Trump said in an address at the White House that he would not continue to certify the multinational agreement and warned he might ultimately terminate it. "No president can revoke an international deal . . . Iran will continue to respect it as long as it serves our interests," Rouhani said in a live television address, adding that Trump´s speech was full of "insults and fake accusations" against Iranians.

While Trump did not pull the United States out of the agreement, aimed at preventing Iran from developing a nuclear bomb, he gave the U. S. Congress 60 days to decide whether to reimpose economic sanctions on Tehran that were lifted under the pact. That increases tension with Iran as well as putting Washington at odds with other signatories of the accord such as Britain, France, Germany, Russia, China and the European Union, who say the U. S. cannot unilaterally cancel the 2015 nuclear deal between Iran and world powers .

"The Iranian nation has not and will never bow to any foreign pressure. . . Iran´s deal cannot be renegotiated," Rouhani said. Trump announced the major shift in U. S. policy in a speech in which he detailed a more confrontational approach to Iran over its nuclear and ballistic missile programs and its support for extremist groups in the Middle East. Pragmatist Rouhani backed Iran´s elite Islamic Revolutionary Guards Corps (IRGC), saying the IRGC will continue its fight against "regional terrorists. "The IRGC has always protected our nation against terrorists .

It will continue to help oppressed nations in the region," Rouhani said.  Iran accuses its regional rival Saudi Arabia of fuelling regional tension and the Sunni Muslim kingdom is at odds with Tehran´s revolutionary Shi´ite leaders in struggles across the Arab world, including Syria, Yemen, Iraq, Bahrain and Lebanon. The IRGC is Iran's most powerful security entity and wields control over large swathes of Iran's economy as well as considerable influence within its political system