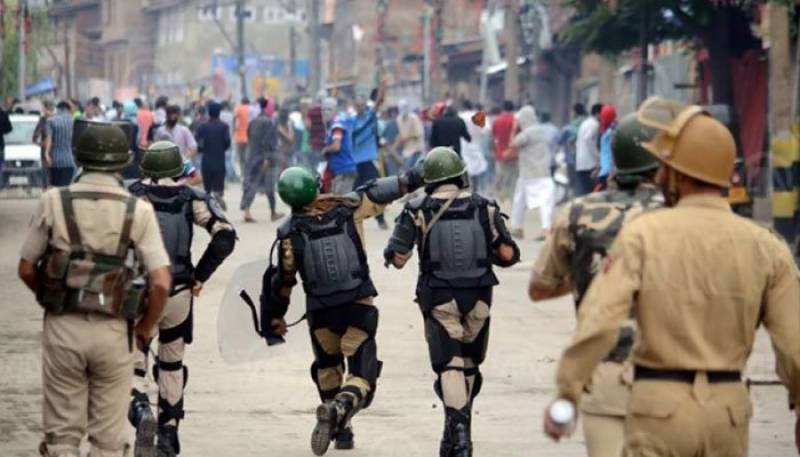 The troops martyred the youths during a siege and search operation in Litter area of the district, according to Kashmir Media Service.

People took to the streets in retaliation and started demonstrations against the killings. They raised anti-India and pro-freedom slogans and pelted stones at the Indian forces.