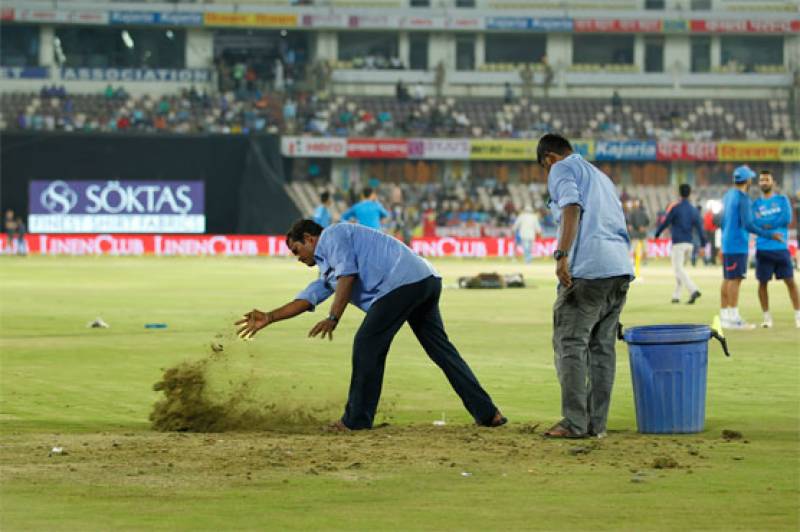 HYDERABAD - The third and deciding Twenty20 international between India and Australia was abandoned without a ball being bowled after officials called off play due to a wet outfield in Hyderabad Friday.

Intermittent rain over the past few days in the southern Indian city of Hyderabad caused wet patches on the ground that refused to dry despite the best efforts of the groundstaff.

The umpires waited for over two hours for conditions to improve, but had to finally call off the game without the near-capacity crowd at the Uppal Stadium even witnessing a toss.

The visitors had levelled the T20 series in Guwahati on Tuesday after a largely disappointing Indian tour that saw them lose the preceding one-day internationals 4-1.

India won the rain-hit T20 opener by nine wickets in Ranchi before the visitors made a remarkable comeback with their eight-wicket win in what turned out to be the final game.

Australia also suffered a major blow ahead of the T20 matches after regular skipper Steve Smith pulled out with an injured shoulder and flew back home.

The Aussies, who lost the Test series in India 2-1 in March, now head into the Ashes, with the first Test against England starting November 23.