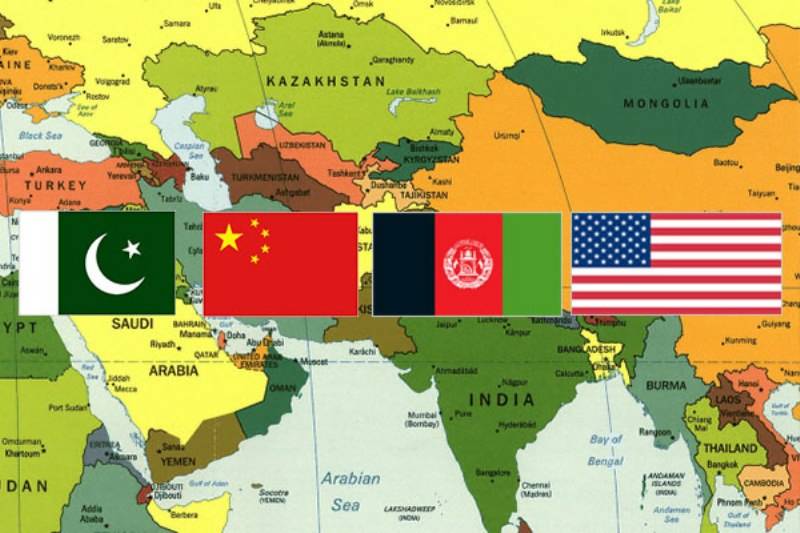 NEW DELHI - In a surprise move, the Afghanistan Foreign Ministry has announced a revival of the Pakistan-led Quadrilateral Coordination Group (QCG) to bring the Taliban into talks, saying that the next meeting of the group comprising officials from the U.S., China, Pakistan and Afghanistan, would be held in Oman, Muscat on October 16, The Hindu has reported.

“Two topics will be discussed: counterterrorism, and Pakistan’s role in fulfilling its promises that it will make in the presence of China and the U.S. at the meeting,” Afghan deputy spokesperson Sebghat Saba told journalists in Kabul this week.

The meeting is also significant for its timing just ahead of the visit of American Secretary of State Rex Tillerson, who will travel to Afghanistan, Pakistan and India from October 23.

Mr. Tillerson is the most senior U.S. State Department official to visit all three countries after the announcement of U.S. President Donald Trump’s new ‘South Asia policy’ for Afghanistan which suggested a tougher line on Pakistan’s support to terror groups, and greater cooperation with India.

Both Mr. Tillerson, and U.S. Secretary of Defence James Mattis, who will visit Islamabad shortly after, are expected to convey a “zero tolerance” policy for support to the Haqqani group and other groups targeting Afghan forces.

Some say Pakistan’s push to revive the QCG process now may be a reaction to the growing number of strong statements from the U.S. accusing its intelligence agency ISI of supporting terrorism in the neighbourhood.

“I think Pakistan wants to show that it is serious in bringing peace to Afghanistan,” says former Indian Ambassador to Afghanistan Amar Sinha. “Pakistan’s government has to make these noises to placate the Trump administration,” he added, calling the public softening by Pakistan to discuss bringing the Taliban leadership to the table a “smoke and mirrors game.”

Speculation about a thaw in U.S.-Pakistan ties grew after the Pakistani Army rescued a family of Canadian-Americans held hostage by the Taliban and handed them over to U.S. officials in Islamabad on Thursday, drawing rare praise from the U.S. President and his Chief of Staff John Kelly.

Meanwhile the Pakistani Army chief reached out to Afghanistan President Mohammad Ashraf Ghani during a visit to Kabul last week.

The announcement of the QCG meeting came even as senior MEA officials travelled to Moscow to attend the Shanghai Cooperation Organisation’s Afghanistan “contact group” on Wednesday, a first for India and Pakistan, who became members of the Russia and China led SCO grouping this year.

“India shared its perspectives on the situation in Afghanistan, including terrorism imposed from beyond its borders, the need to strengthen Afghan National Defence and Security Forces, need for an Afghan led and controlled peace and reconciliation process,” the MEA said on Thursday.

However, India is not a part of the QCG, and officials said that no request had been made to invite India to the revived version.