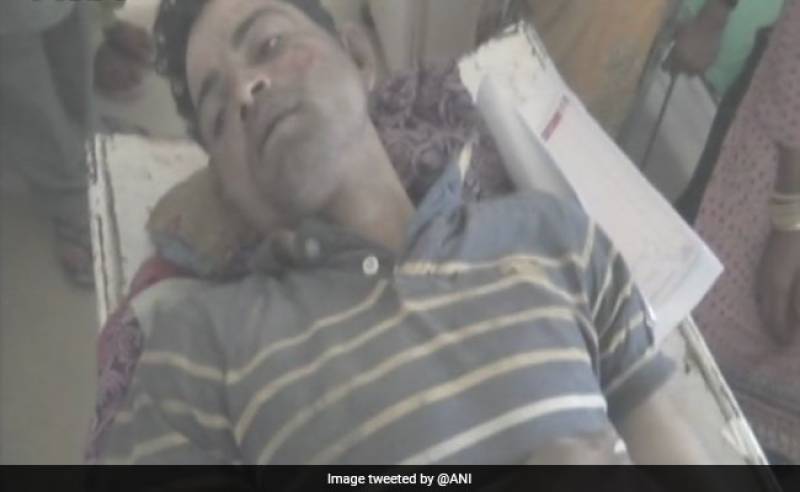 FARIDABAD: Five people were thrashed by cow vigilantes in Faridabad on the outskirts of the national capital Delhi on Friday morning on the suspicion of carrying beef in an auto rickshaw. Azad, the rickshaw driver who had been hired to deliver the meat, bore the brunt of the attack.The incident took place on Friday morning when Azad was driving the auto rickshaw in Faridabad to deliver buffalo meat to a shop. He was accompanied by Sonu, 14, an employee of the meat supplier.They were stopped by six men, travelling in a car, who accused him of transporting beef.

"I told them it wasn't beef and we could go to the police... but they didn't listen," Azad later told NDTV. They took them away to Basadi village a short distance away.Surrounded by about 40 people, the cow vigilantes started raining blows on him and kicked him. At some point, he called up home to tell them about the situation. When his brother and other relatives reached, they were beaten up too.He was thrashed by the cow vigilantes for what he says seemed like eternity."When I could no longer take the pain... I fell unconscious," he said, showing big black and blue patches on his back, arm and legs. Azad said he must have been out for two hours or so.