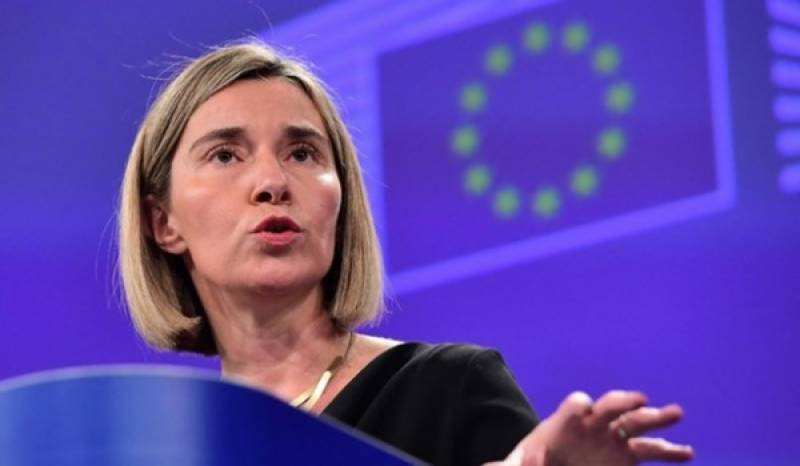 TEHRAN (FNA)- European Union Foreign Policy Chief Federica Mogherini underlined that US President Donald Trump is not in a position to decertify Iran’s nuclear deal with the six world powers (the US, Russia, China, France, Britain and Germany).

Mogherini's remarks came Shortly after President Trump officially announced on Friday that he would not certify the nuclear deal, also known as the Joint Comprehensive Plan of Action (JCPOA).

Mogherini stressed that the 2015 accord does not belong to any single country, and said, "To my knowledge there is no single country in the world that can terminate a UN Security Council's resolution that has been adopted, and adopted unanimously, and implemented, and verified," she said.

The EU foreign policy chief said that it is clearly not in the hands of any president of any country in the world to terminate an agreement of this sort, adding, "The president of the United States has many powers (but) not this one."

She underlined the EU’s determination to abide by the JCPOA, noting that the bloc expects the other parties to the deal to adopt the same stance.

"We cannot afford as an international community, as Europe for sure, to dismantle an agreement that is working and delivering," Mogherini said.

Apart from his refusal to certify the JCPOA, Trump also warned in his strategic review of US policy on Iran that he might ultimately terminate the deal, in defiance of other world powers and undermining a landmark victory of multilateral diplomacy.

While Trump did not pull Washington out of the nuclear deal, he gave the US Congress 60 days to decide whether to reimpose economic sanctions against Tehran that were lifted under the pact. Reimposing sanctions would put the US at odds with other signatories to the accord and the European Union.

Iran’s Foreign Ministry said earlier on Friday that Tehran had a “very broad” range of options for any breach of the JCPOA and would “end all its commitments in this regard if deemed necessary.”