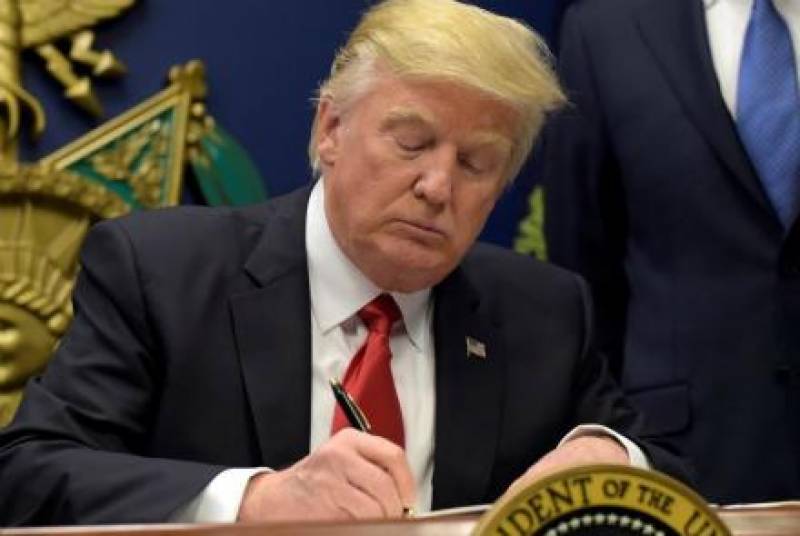 US President Trump unveiled a aggressive new policy toward Iran on Friday, saying he will not re-certify the nuclear deal signed in 2015 and calling for a variety of new sanctions against the government in Tehran.

"The Iran deal is one of the worst and one-sided transactions the United States has ever entered into," Trump said during a speech at the White House.

Saying the Islamic government in Tehran is dedicated to "death, destruction, and chaos all around the globe," Trump announced that the United States is starting sanctions against Iran's Revolutionary Guard, which he called a supporter of international terror. The president also said he has started an investigation into whether Iran is cooperating with North Korea's nuclear weapons program.

But while Trump formally announced his decision to begin backing out of the multinational agreement, he also did not ask the US Congress to re-impose economic sanctions right away; instead, he called for new requirements on Iran in an effort to "strengthen enforcement" of the agreement he has long criticized.

“In the event we are not able to reach a solution working with Congress and our allies, then the agreement will be terminated," Trump said.

According to a report by USA Today, Trump said the new approach to the nuclear agreement is part of an overall strategy to deal with the Iranian "dictatorship".

Trump repeatedly criticized Iranian aggression, from the 1979 takeover of the US embassy in Tehran to repeated threats against the United States and Israel.

He also accused them of seeking to evade the requirements of the nuclear deal, even though officials in the Trump administration and other countries say Iran has been in at least technical compliance.