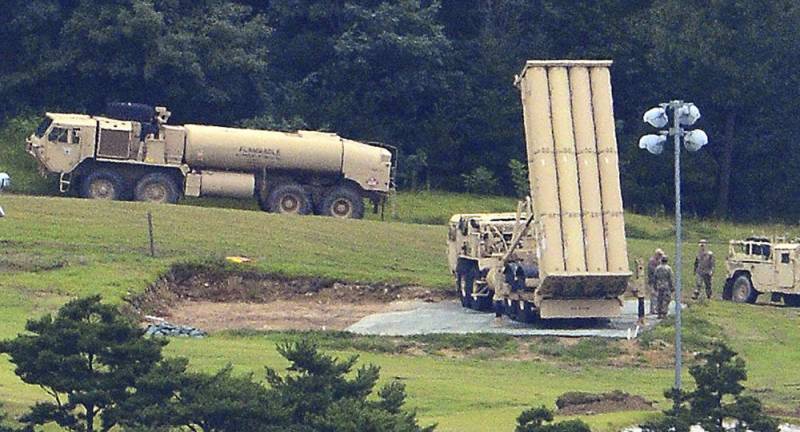 MOSCOW - Moscow and Beijing share a similar stance on the implementation of the US-made Terminal High Altitude Area Defense (THAAD) complex in the Republic of Korea (ROK), paving the way for further Sino-Russian military cooperation in the region, experts told Sputnik, explaining why the THAAD deployment has nothing to do with South Korea's defense.

Russia's position of the deployment of the US' THAAD system in South Korea serves China's interests, Da Zhigang, director of the Institute of Northeast Asia under the Heilongjiang Provincial Academy of Social Sciences, told Sputnik, stressing that Moscow and Beijing opposed Washington's plan from the outset.

"The Russian Foreign Ministry stated clearly that this step is aimed against China and Russia, expressing a common position with [Beijing]," Da told Sputnik China. "It would be natural if the countries take joint countermeasures [against the deployment]. In this regard, China and Russia can bolster cooperation in political, diplomatic, economic and military spheres."

Da believes that the countries need to forge a consensus regarding the challenge posed by THAAD, while developing further cooperation and preventing the threat from the alliance of the US, Japan and South Korea. 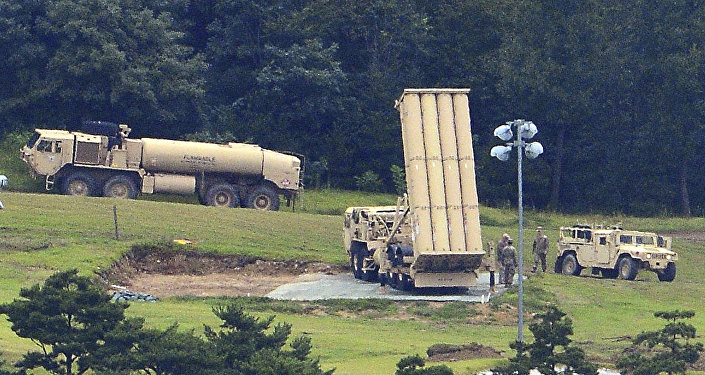 Speaking to Sputnik on Wednesday, Georgiy Borisenko, Director of the North America Department at the Russian Foreign Ministry, outlined that America's THAAD missile defense systems in South Korea target Russia and China in the first place.

Borisenko highlighted that given the system's technical characteristics and striking range it is merely incapable of preventing the Democratic Republic of Korea's retaliation attack: THAAD wouldn't be able to intercept artillery shells used by Pyongyang against its southern neighbor in case of a military conflict.

Commenting on Borisenko's remark, Russian military expert Vladimir Evseev, the deputy head of the Institute of CIS countries, noted that the aforementioned US-made systems may intercept rocket heads at the terminal part of trajectory at an altitude of about 150 kilometers (93.2 mi).

According to Evseev, the crux of problem lies in the location of this system on South Korea's territory: Actually, it doesn't provide protection for Seoul, being most likely intended for the protection of the US troops and military facilities on the peninsula. Thus, the THAAD deployment in the Republic of Korea (ROK) has nothing to do this its defense, he stressed.

However, at the same time the implementation of the US missile defense system on the peninsula poses a significant challenge to China, Evseev said, explaining that the THAAD complex includes the X-band AN/TPY-2 radars which have a range of more than 1,500 km (932 mi). This would be enough to keep an eye on China's bases where medium-range ballistic missiles are located, he noted.

"It's not THAAD itself that poses a threat to China, but its information system," the expert told Sputnik. "The launch of Chinese medium-range missiles will be detected by the THAAD radar system. And the data will be immediately transferred to the United States."