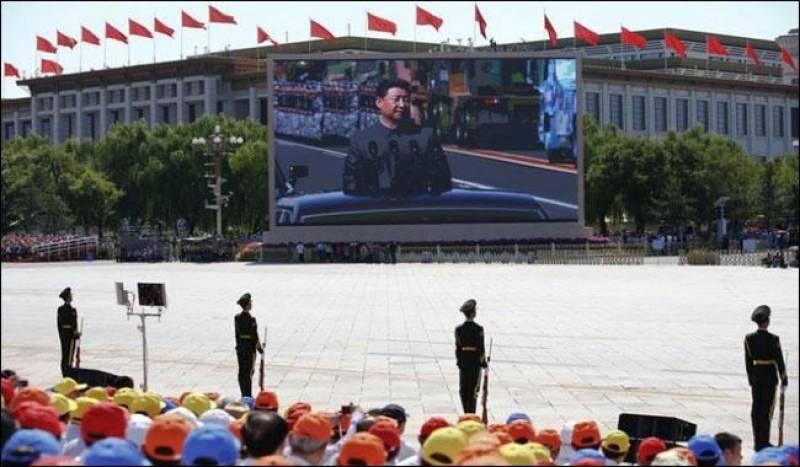 BEIJING: China’s ruling Communist Party has agreed to amend the party constitution, expected to embed President Xi Jinping’s political thought, ahead of next week’s five-yearly party congress in which Xi will further tighten his grip on power.

The party’s Central Committee, the largest of its elite ruling bodies, on Saturday passed a previously announced proposal to amend the constitution which will now be put to the Congress for formal approval.

A lengthy communique released by the party via state media offered praise for the past five years under Xi’s leadership, especially success in the fight against corruption, but did not say what wording would be inserted into the party constitution.

A key measure of Xi’s power will be whether he manages to have his name “crowned” in the party constitution, elevating him to the level of previous leaders exemplified by Mao Zedong Thought and Deng Xiaoping Theory.

Xi’s more recent predecessors, Jiang Zemin and Hu Jintao, both had the party constitution amended to include their guiding thoughts, but without their names directly attached.

Jiang has his “Three Represents,” which embraced private entrepreneurs, written in, while Hu, Xi’s immediate predecessor, had his economic doctrine of “scientific development” included.

The party has been pushing Xi’s “Four Comprehensives,” which refer to China working “comprehensively” to build a moderately prosperous society and strengthen reforms, rule of law and party discipline, as well as the “Four Greats”, which focus on party building and national rejuvenation.

The four-day Central Committee plenary meeting also approved reports by the party’s corruption watchdog of investigations into several former senior officials who have been sacked or jailed for graft, including Sun Zhengcai, once a contender for top leadership who was expelled from the party last month.

Since assuming power five years ago, Xi has mounted a sweeping campaign against deep-rooted corruption, with more than one million people punished and dozens of senior officials jailed.

The party has vowed that the campaign, overseen by close Xi ally Wang Qishan, will never end.

The Congress will open on Wednesday with a speech by Xi, the party’s head, details of which are a closely guarded secret ahead of time but will focus more on ideology than concrete policies.

Last October, the party gave Xi the title of “core” leader, a significant strengthening of his position ahead of the Congress, at which a new Standing Committee, the pinnacle of power in China, will be constituted