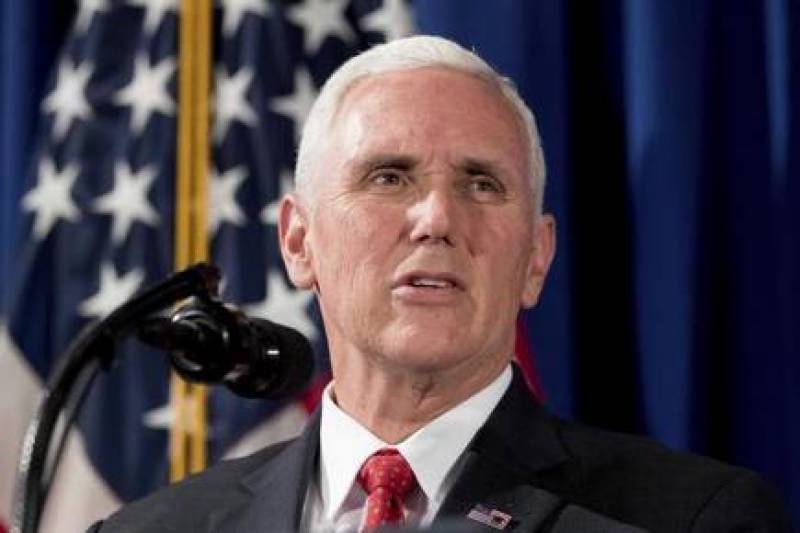 WASHINGTON - US Vice President Mike Pence has praised Pakistan in helping secure the release of a Canadian- American family who were abducted by the Haqqani networks five years ago.

American citizen Caitlan Coleman and her Canadian husband Joshua Boyle along with their three children were rescued from the Haqqani network on Thursday after an operation by Pakistani forces.

The couple were kidnapped in 2012 in Afghanistan while on a backpacking trip. Their three children were born while the pair was in captivity.

Mr. Pence has praised Pakistan in helping secure the release of a Canadian-American family.

Mr. Pence’s comments on Pakistan came as he listed out some of the key achievements of the Trump administration at the international stage.

“The President is achieving real results on the international stage, as well,” he said.

While some critics engage in empty rhetoric and baseless attacks, thanks to the President’s leadership, the ISIS is on the run, North Korea is isolated as never before, and our NATO allies are doing more to pay their fair share for our common defence, he added.

“Just this week, Pakistan took an important step to answer the president’s call to do more in fight against terrorism, as they helped secure the release of an American family that had been held hostage for more than five years,” Mr. Pence said.

Meanwhile, Canada welcomed the release of the family.

“Today, we join the Boyle family in rejoicing over the long-awaited return to Canada of their loved ones,” said Global Affairs Canada, a department in the Canadian government that manages Canada’s diplomatic and consular relations.

“Canada has been actively engaged on Boyle’s case at all levels, and we will continue to support him and his family now that they have returned,” it said in a statement.