Is Presidential pardon for former PM Nawaz Sharif is on cards?
14 Nov, 2019 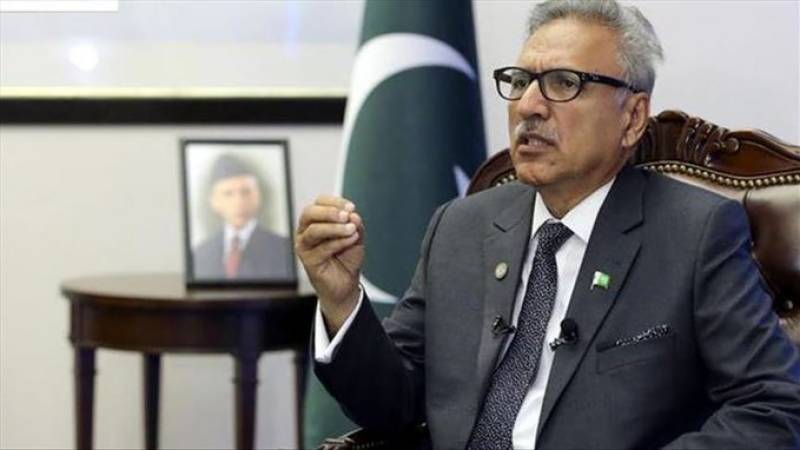 ISLAMABAD - President Dr Arif Alvi on Wednesday said the government had not done any blackmailing in giving ‘conditional approval’ to ailing former prime minister Nawaz Sharif to go abroad for his medical treatment.

He rejected any option of presidential pardon for the Pakistan Muslim League-Nawaz (PML-N) leader. Only the Parliament was empowered to frame a law for the purpose, he added.

Talking to a private television channel, the president said had there been a presidential pardon for a ‘particular person’ then it would be free for all the convicts.

He said the Pakistan Tehreek-e-Insaf (PTI) had waged a long struggle against corruption, which had ruined all the fabric of the Pakistani society. There was no allegation of corruption against its government, he added.

To a question about the Jamiat Ulema-e-Islam-Fazl’s (JUI-F) decision to swing into action with its ‘Plan B’ with ending its Azadi March in the federal capital and opting for country-wide lockdown, President Alvi said holding protest was the right of every person but blocking main roads was not the right path. The opposition should continue their democratic struggle and protest but did not opt for any undemocratic way, he added.

“The Azadi March has nothing to do with the people’s welfare as Pakistan cannot afford such kinds of protests at this critical time.

This march has damaged the Kashmir cause as it diverted the people’s attention from the burning issue,” he said.

The president said being a political worker he himself staged protests and was also arrested in the process. His politics, however, was based on resolution of social problems and welfare of the people, he added.

The issuance of presidential ordinances, Dr Alvi expressed his dismay saying both the treasury and opposition benches were not serious in fulfilling their basic responsibility of legislation.

“Legislation is the job of Parliament. When the parliamentarians do their job of legislation then there will be no need of issuance of ordinances.”

Majority of the ordinances, he said, were related to welfare of the people.

About Justice Faiz Isa reference, the president said he had made his opinion about it and now it was before the apex court.