US to grant non NATO ally status to Saudi Arabia: Sources
14 May, 2018 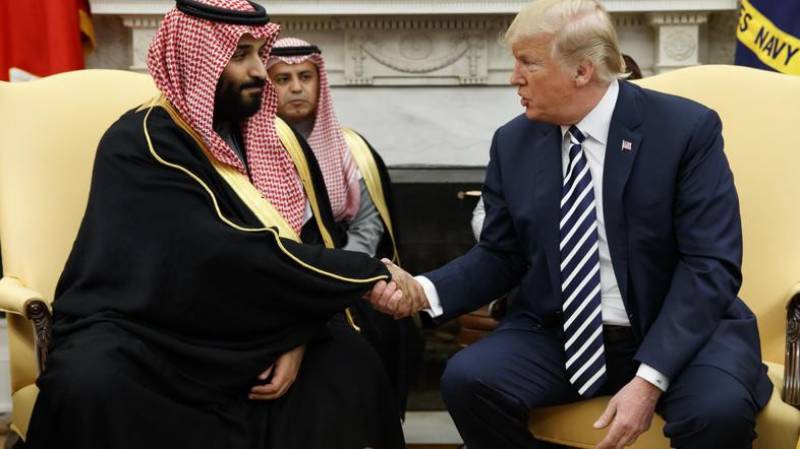 WASHINGTON - A growing number of Washington insiders encouraging a greater US involvement in Saudi nuclear energy and military fields.

Former House majority leader Eric Cantor is among them, telling CNBC <link>on Sunday that the “trust factor is there” in the US’s support of Saudi Arabia’s nuclear energy pursuits.

"I think there's a lot of commitment and respect mutually in terms of the U.S. and the Saudi Arabian government, and the trust factor is there."

"(Saudi Arabia) is an extremely important and strategic ally of the U.S.," Cantor added. "And for us to want to see that country become a full participant in the global economy and the geopolitical arena is something that I think is in the interest of all Americans and certainly of our government and our strategic interests."

On the military front, an American army expert has highlighted the need for Saudi Arabia to be granted non-NATO ally status by the Trump administration.

Washington had been trying to enhance the US-Saudi relations, "as it should do," by offering several enticements that include a “non-NATO status” to help bring the Saudis into a key alliance to perform expanded security tasks in the region, intelligence officer and retired Lt. Col. Tony Shaffer told Al Arabiya English this week.

“The idea of the US giving Saudi Arabia a non-NATO status is to form special bilateral relations, and that means enhanced intelligence, information sharing, and operational coordination, very similar to relations between NATO members,” Shaffer said.

The US had previously proposed a military agreement with Saudi Arabia, Shaffer said, which is essentially similar to the NATO and Five Eyes (an alliance of five countries: the United States, United Kingdom, Australia, Canada, and New Zealand.)

Both countries are working on containing Iran’s militia activities in the region.

Trump’s administration has previously discussed hopes for a force described by Washingtonians as an “Arab NATO” led by Saudi Arabia.

It would be a force “that consists primarily of our Arab allies which would support and maintain the collective security of the region,” Shaffer said.