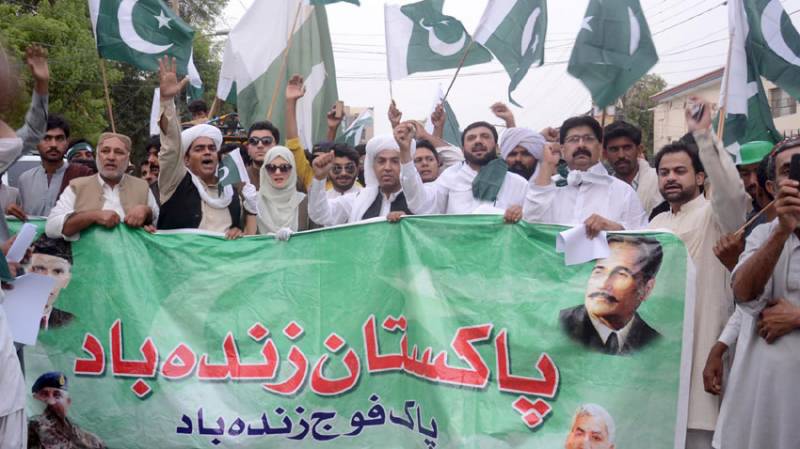 Addressing the public gathering, president of PZM Nowshera district Aqlim Khattak, Major retired Fazal Akram and other leaders said that Pakistan Army has been playing a vital role for the maintenance of peace in the region.

Speakers on the occasion said they will stand by Pakistan Army and will never allow anyone to defame armed forces.

They said that the Pakistan armed forces have rendered matchless sacrifices in the war against terror and establishing peace in the country.

The participants of the rally were carrying placards inscribed with slogan in favour of Pakistan Army. APP/AFP