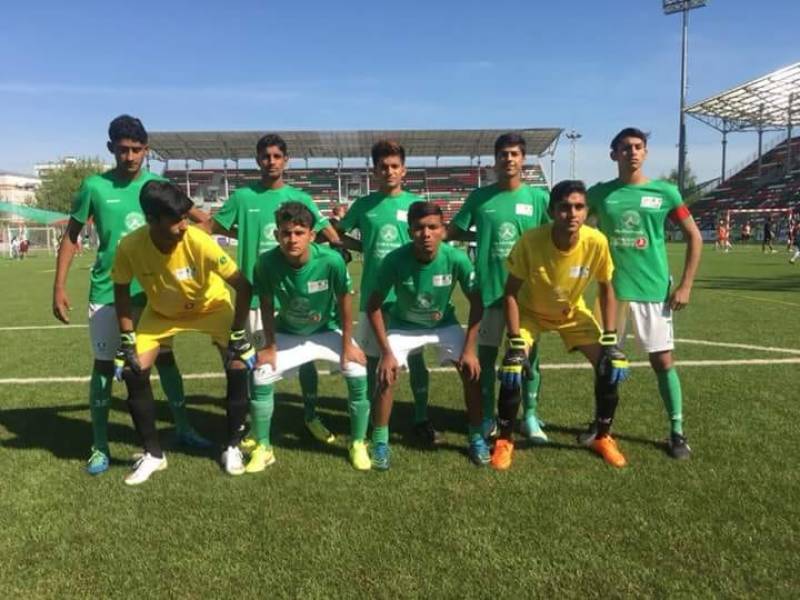 *KARACHI : *Pakistan street children squad has reached the semi-finals of the Street Child World Cup 2018 in Russia after defeating Tajikistan 2-0 in the quarter-final on Sunday.

The team will face Indonesia in the semi-final on Monday.

Earlier the team drew against Uzbekistan in a goalless match, and then defeated Russia Boys 3-1 in their next match setting up the fixture against Tajikistan.

The team was prepared by Muslim Hands, an international development organisation working closely with diverse communities across the globe. Muslim Hands has been working with Street children through its sports for development programme since 2014.