NSC meeting on Mumbai attacks remarks: Inside tale revealed
14 May, 2018 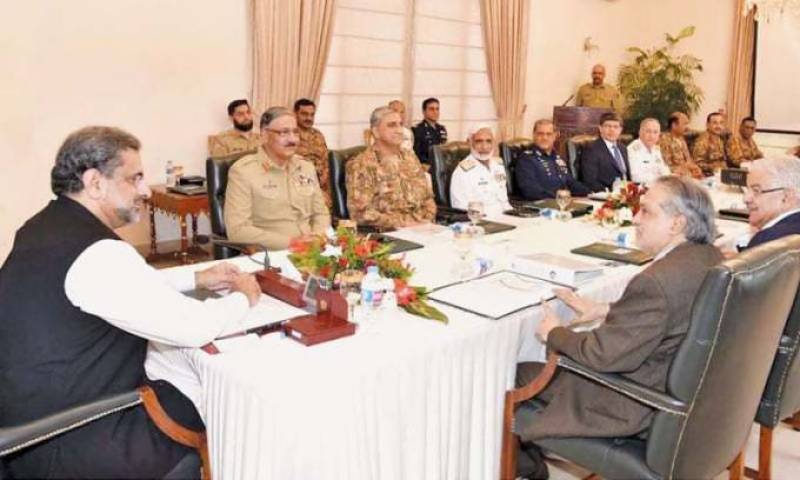 The NSC, which met under the chair of Prime Minister Shahid Khaqan Abbasi on Monday, said in its statement that the country’s top civil and military leadership conducted a detailed review of Nawaz’s statement printed in a newspaper interview on Saturday.

The NSC said it was unfortunate and regrettable that concrete evidence and facts were ignored in the statement.

It also stated that India denied Pakistani investigators access to Ajmal Kasab, the convicted attacker who was hanged by India.

The statement said that Kasab’s rushed hanging by India impeded the investigation of the case, adding that India repeatedly denied assistance in the probe while there was complete cooperation from Pakistan.

“Pakistan will continue its efforts to eliminate terrorism on all fronts,” it was stated further.

Moreover, the chiefs of the navy and air force also attended the meeting, as did directors general of military operations and military intelligence.

On the other hand, Defence Minister and acting foreign minister Khurram Dastgir was also a part of the meeting along with other top civil officials of the government.

The meeting was called over remarks made by Nawaz regarding the terrorist attacks in Mumbai.

Sources said the participants were briefed on Pakistan’s investigations and cooperation following the 2008 attacks in Mumbai.

Nawaz, in a recent interview to Dawn newspaper, had said, “Militant organisations are active. Call them non-state actors, should we allow them to cross the border and kill 150 people in Mumbai? Explain it to me. Why can’t we complete the trial?”

His remarks were played up by the Indian media as an admission of Pakistan’s involvement in the terrorist attacks, even though similar questions and statements have been raised from civilian and security officials in Pakistan earlier.