Nawaz Sharif sparked firestorm at home and in India: International media report
14 May, 2018 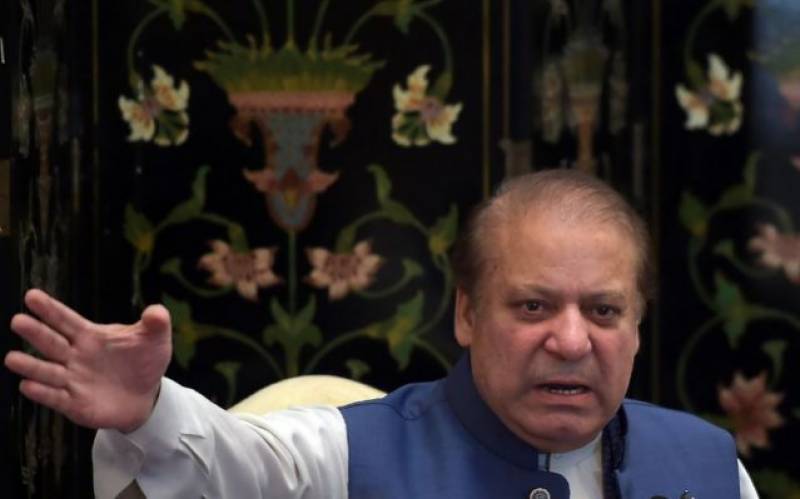 LONDON - Former Pakistan prime minister Nawaz Sharif has sparked a firestorm at home and in India after suggesting Pakistani militants were behind the 2008 Mumbai attacks, with the National Security Council slamming his remarks on Monday, Reports AFP.

The former premier approached what is seen as a red line in the country by touching on criticism of Pakistan's armed forces, especially their alleged use of proxies in India, in the interview with Dawn newspaper published over the weekend.

"Militant organisations are active. Call them non-state actors, should we allow them to cross the border and kill 150 people in Mumbai? Explain it to me. Why can't we complete the trial?" Sharif told Pakistan's leading English daily, referring to stalled court cases against several suspects.

The Mumbai attacks left 166 people dead and brought India and Pakistan to the brink of war.

The carnage played out on live television around the world as commandos battled the heavily armed gunmen, who over three days detonated explosives and gunned down civilians across the port city.

Pakistan-based militant group Lashkar-e-Taiba stands accused of masterminding the attacks. India has long said there is evidence that "official agencies" in Pakistan were involved but Islamabad denies the charge.

Sharif's interview ignited controversy on both sides of the border, with Pakistani politicians deriding his remarks as unpatriotic while Indian media portrayed the interview as an admission of Pakistan's role in the attacks.

"The participants unanimously rejected the allegations and condemned the fallacious assertions," said the council.

Hours after the council's meeting, Sharif doubled down on his position, saying Pakistan was being isolated internationally due to its reputation.

"I am being labelled as a traitor because I care for Pakistan. I said Pakistan is being internationally isolated and I said so because I felt it," Sharif told thousands of supporters at a rally in the northwestern disrict of Buner.

Since being ousted by the Supreme Court last July, Sharif and his supporters have repeatedly suggested they are the victims of a conspiracy driven by the military and the courts to damage their party.

Pakistan has long been accused of playing a "double game" by supporting militant groups for its own strategic ends, particularly in India-controlled Kashmir and Afghanistan.

Sharif's comments have put more pressure on the powerful military, which is also grappling with a growing grassroots movement out of the tribal region on the border with Afghanistan. Its leaders accuse the armed forces of supporting the Afghan Taliban.