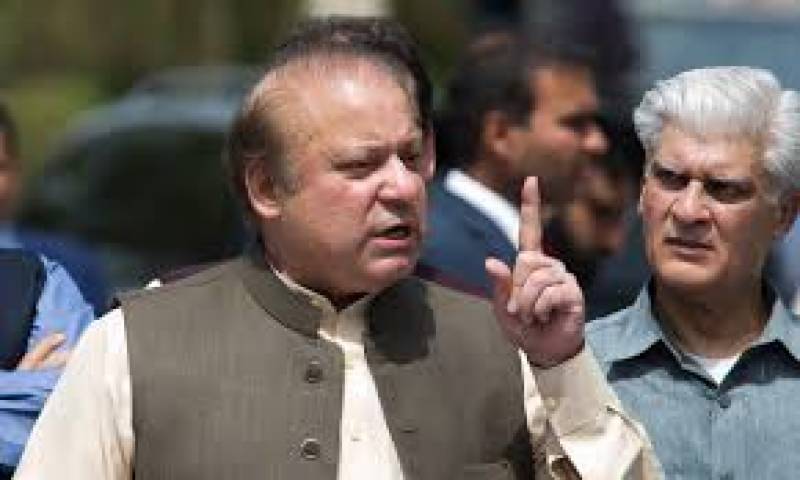 ISLAMABAD: The ousted prime minister Nawaz Sharif wants that he should not be tried under corruption charges rather he would prefer to go to jail under treason charges and after confrontation with state institutions so as to tell world and his domestic voters that this is the real cause of his going to jail and not the corruption.

He is least bothered about the country's image or reputation and is on a dangerous game plan to save his skin. Earlier he tried to ignite judiciary so as to land in jail in contempt of court case and not in corruption reference. He wants to put state institutions under pressure and simultaneously aligns himself with the international establishment against Pakistan institutions.

He today has said that he is the first Pakistani to admitted the facts regarding the Mumbai attacks and adding that he simply asked a question and it deserve an answer.

Nawaz Sharif said this while talking to media representative on Monday outside the accountability court in Islamabad.

Regarding his recent interview with the Indian media outlet in which he questions about the role of Pakistan based non-state actors in the Mumbai attacks.

Former prime minister condemned the recent criticism over him and adding that this is the reason the world does not hear Pakistan’s stance.

PML-N Quaid for life claimed that he did not said anything new as it was already confirmed by Pervez Musharaf and Rehman Malik.

Nawaz added that now it is time to shut down the machinery of awarding traitors certificates to those who start asking questions.

Nawaz claimed that he will continue to speak the truth despite the consequences of the truth as he knows that those who will raise questions will be given certificate of traitor.

Nawaz added that the armed forces, civilians and police have given tremendous sacrifices and adding his remarks is only his views and the party has nothing to do with it.

Furthermore, the PML-N spokesman had also issued a statement saying that the remarks of the party Quaid had been grossly misinterpreted by the Indian media. Unfortunately, he had said, a section of Pakistani electronic and social media has intentionally or unintentionally not only validated but lent credence to the malicious propaganda of Indian media without going through the full facts of the statement.