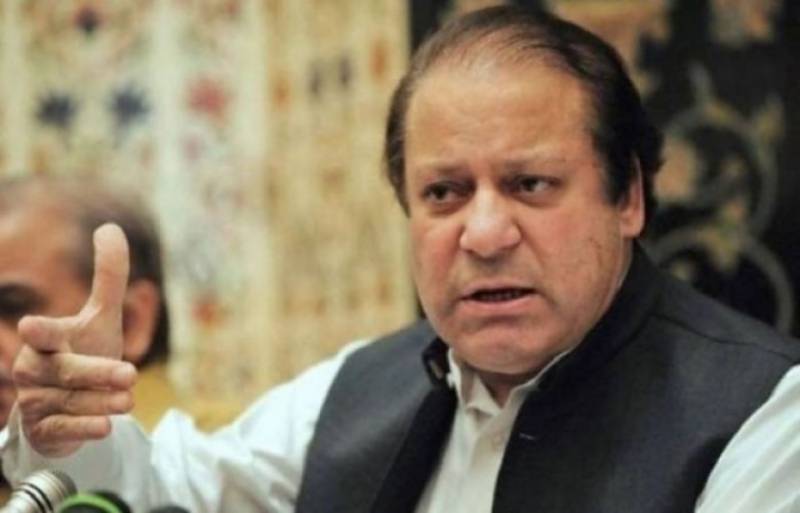 ISLAMABAD: Former prime minister Nawaz Sharif has broken the silence over his controversial statement regarding the Mumbai attacks and Pakistani non state elements involvement in it.

He stood firm on his Mumbai attacks statement which was termed 'misleading' by military spokesperson.

Nawaz Sharif, in a recent interview, had said, “Militant organisations are active. Call them non-state actors, should we allow them to cross the border and kill 150 people in Mumbai? Explain it to me. Why can’t we complete the trial?”

The military leadership has taken a serious notice of contents of an interview given by the PML-N leader and suggested a meeting of top security body, which was currently being held at the Prime Minister House.

Talking to reporters outside the accountability court, Nawaz said he would continue to speak the truth no matter whatever the consequences he would face.

We must realise why the world is not ready to believe in our narrative, he added.

I asked a question and I need the answer, Nawaz said.

'We have sacrificed a lot, thousands of security personnel embraced martyrdom in the fight against terror but still we are not trusted by the world.'