National Security Committee meeting ends with a joint statement and a press release
14 May, 2018 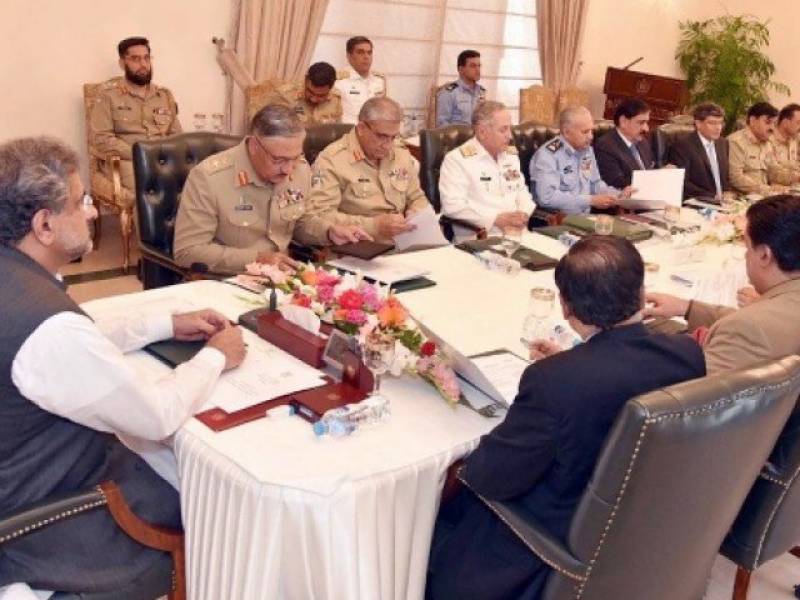 ISLAMABAD: The National Security Committee (NSC) meeting which lasted for over two and half hour has ended with a joint statement and a press release.

NSC termed former premier Nawaz Sharif’s comments regarding the 26/11 Mumbai attacks as “incorrect and misleading”, said a statement released by the government.

“The meeting reviewed the recent statement in the context of Mumbai attacks, as it appeared in the Daily Dawn of 12th May 2018, and unanimously termed this statement as incorrect and misleading,” said the statement.

The high-level huddle further observed that it was “very unfortunate that the opinion arising out of either misconceptions or grievances was being presented in disregard of concrete facts and realities”.

Participants of the meeting further rejected the allegations and condemned assertions based on false beliefs.

In a rare occurrence, Leader of the Opposition Khursheed Shah, was also summoned to the meeting in a special request by the army chief, as opposition leader isn’t part of the official NSC panel.

The meeting lasted approximately for two and half hours. The PM took Nawaz into confidence before issuing the official NSC presser.

“The meeting recalled that it was not Pakistan, but India that has delayed the finalisation of the case. Besides many other refusals during the investigation, the denial of access to the principal accused, Ajmal Qasab, and his extraordinarily hurried execution became the core impediment in the finalisation of the trial. At the same time Pakistan continues to wait for cooperation from India on the infamous Kulbhushan Jadhav and Samjhota Express episodes,” the press release read.