Mirwaiz urges India to settle Kashmir dispute according to aspirations of Kashmiris
14 May, 2018 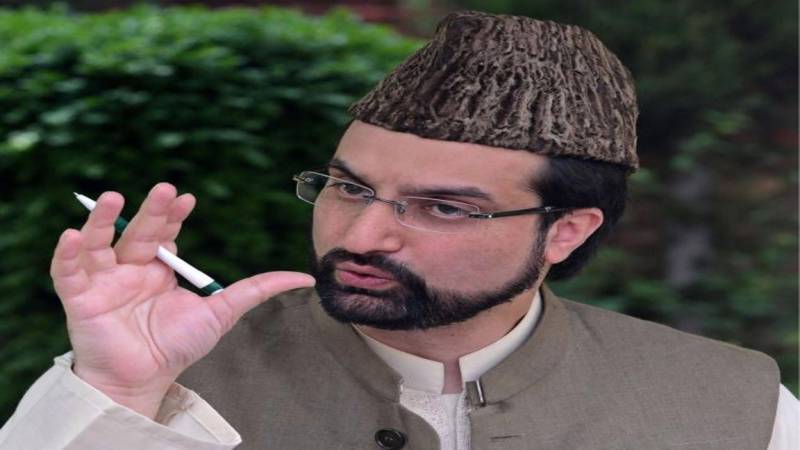 ISLAMABAD: Chairman of Hurriyet forum, Mirwaiz Umar Farooq has asked India to shun its military approach and accept the ground realities to settle the Kashmir dispute according to the aspirations of Kashmiri people.

He was chairing a meeting in Srinagar to finalize programme for the upcoming Martyrs’ Week to commemorate the martyrdom anniversaries of Mirwaiz Molvi Muhammad Farooq, Khawja Abdul Ghani Lone and martyrs of Hawal.

Meanwhile, thousands of Kashmiri women are still waiting for the return of their sons subjected to disappearance in custody by Indian troops over the past 29 years.

A report released by the Kashmir Media Service on the Mother’s Day today said continued Indian state terrorism had resulted in the killing of over 95,000 Kashmiris since 1989 to 11th of May 2018.

As many as 11,071 women were disgraced by the troops during the period.

The report pointed out that the troops have subjected over 8,000 Kashmiris to custodial disappearance and the mothers of these disappeared people have been waiting for their return.

It said 6,700 unmarked graves have been discovered in the occupied territory.

An Indian civil society group, in a statement in New Delhi expressing concern over the killings in occupied Kashmir, has called for an immediate ceasefire to be followed by sincere and meaningful dialogue for final and lasting settlement of the Kashmir dispute.