Israeli military plays havoc with Palestinians in Gaza
14 May, 2018 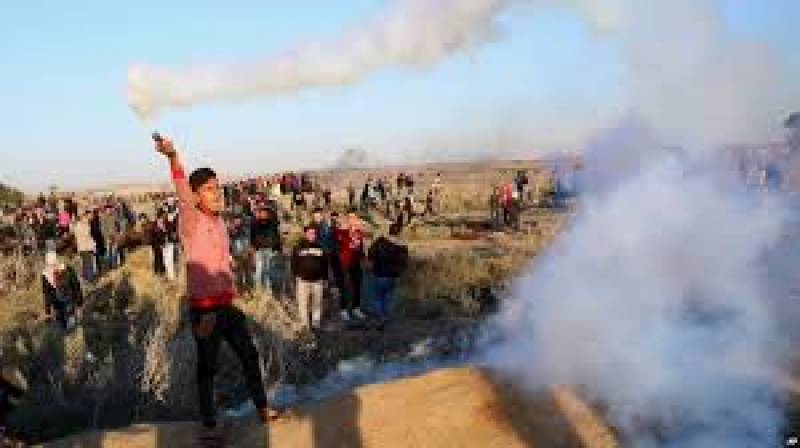 JERUSALEM: Around thirty eight people were killed while more than dozen were injured when Israeli forces indiscriminately firing over innocent Palestinian on Monday at Gaza Border.

The huge crowds approached the border in a followed by violent protest against the inauguration of the US embassy in Jerusalem.

White House delegation and Israeli officials set to gather for the inauguration ceremony, the Gaza clashes had wounded more than 500 Palestinians in addition to the 38 martyred.

According to the Ministry of Health Gaza most of the protesters were young people with the age of 14 including children who were martyred in the incident.

Thousands had gathered near the border in protest while smaller numbers of stone-throwing Palestinians were approaching the fence and trying to break through, with Israeli snipers positioned on the other side.

Crowds built throughout the day in the Palestinian enclave less than 100 kilometers (60 miles) away from Jerusalem and sealed off from Israel by a blockade.

The inauguration that follows US President Donald Trump’s deeply controversial December 6 recognition of the disputed city as Israel’s capital also comes at a time of heightened regional tensions.

It follows Trump’s announcement last week that the United States is withdrawing from the Iran nuclear deal and Israeli strikes two days later on dozens of Iranian targets in Syria.