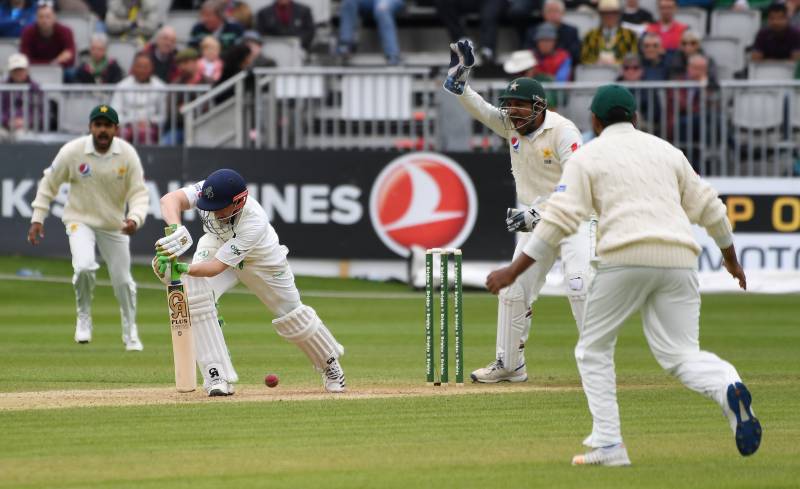 Ireland, following on, lost their 6th wicket at 157 after lunch on the fourth day, still trailing Pakistan´s total of 310 for nine declared.

After collapsing to 130 all out in their first innings, Ireland resumed on a highly creditable 64 without loss.

But they lost four wickets in Monday´s first session, with left-arm quick Amir -- who had both openers dropped during a brief spell on Sunday before going off with a knee problem -- enjoying a burst of two wickets for no runs in six balls.

It was a heartening sign for Pakistan, both in terms of winning this match and ahead of their upcoming two- Test series in England that will feature back-to-back fixtures at Lord´s (May 24-28) and Headingley (June 1-5).

Amir, however, repeatedly limped around the field on Monday when he was not bowling. - APP/AFP