In a first, PM Shahid Khaqan responds to Nawaz Sharif comments
14 May, 2018 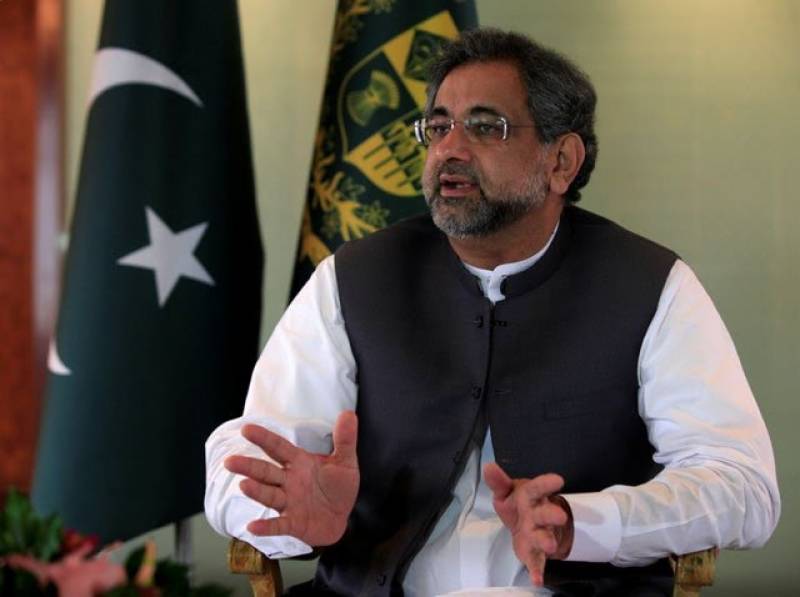 said on Monday that former premier Nawaz Sharif has clarified that his recent statement regarding the Mumbai attacks was misreported by the media.

According to Abbasi, who spoke with senior journalists after the National Security Committee (NSC) meeting, Nawaz said that his interview with Dawn Newspaper was misreported that he did not say all that was attributed to him.

Abbasi also apprised the journalists of the NSC meeting as well as his follow-up meeting with Nawaz today.

The prime minister said Nawaz asserted that he did not say what was reported about the Mumbai attacks.

With regards to the NSC meeting which condemned Nawaz's statement, Abbasi clarified that the top civil-military huddle dismissed those words which were misreported.

In response to a question on civil military issues in the country, Abbasi said misunderstandings occur but are removed when facts are brought to the fore. Assuring that no one is pulling his strings, the premier said it was his own decision to give the explanatory statement.

Expressing support for Nawaz, Abbasi said the entire party, including Shehbaz Sharif, stands with the PML-N supremo. "Nawaz Sharif is still our Quaid," he reassured.

“A few sentences [from the newspaper interview] were blown out of proportion and context. I have clarified those,” he asserted.