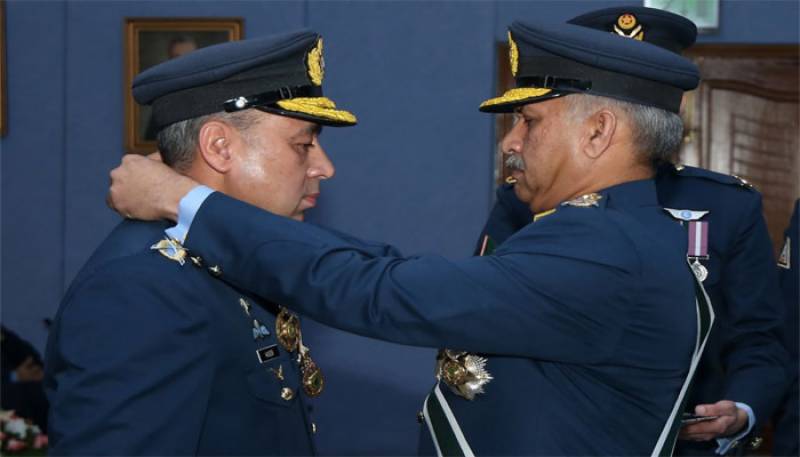 ISLAMABAD: An Investiture Ceremony was held at Air Headquarters, Islamabad, in which Operational and Non Operational Military awards were conferred upon Officers and Airmen of Pakistan Air Force for their distinguished services.

These awards are given in recognition of the acts of extreme devotion to duty and contributing towards the overall efficiency of the service. A large number of PAF high ranking officers and personnel attended the ceremony.