General elections to be held in July, says Prime Minister
14 May, 2018 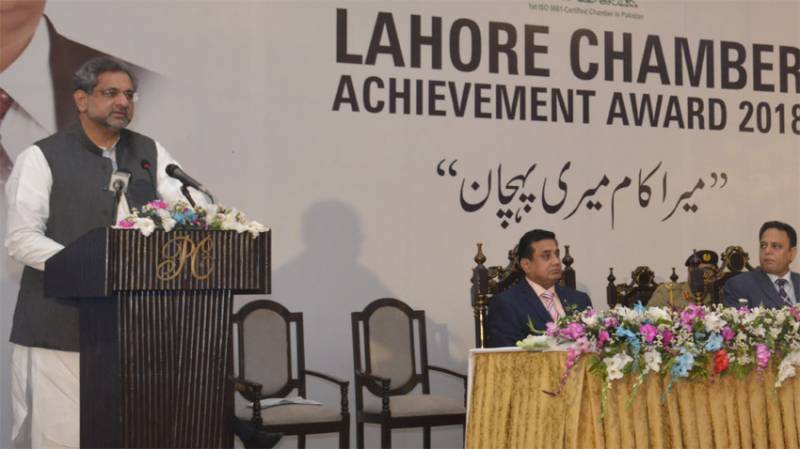 ISLAMABAD: Prime Minister Shahid Khaqan Abbasi has said that the PML (N) Government has fulfilled all promises made with the business community.

He was addressing an "Achievement Awards" ceremony in Lahore held under the aegis of Lahore Chamber of Commerce and Industry on Sunday.

He said that exports will have to be boosted for progress of country's economy and overall progress and prosperity of the nation.

Prime Minister said that it is a challenge for business community to enhance country's exports. He urged the industrialists and businessmen to set higher export targets.

He assured that government will provide all possible incentives to business community for growth of economy. He said that paying of taxes is our national obligation as money so collected is utilized to run the country and launch development and welfare schemes.

Highlighting the achievements of PML-N government, he said that several new power and gas projects have been completed to overcome load shedding. He said we have completed seventeen hundred km long motorways in various parts of country and more are being constructed.

He said that Pakistan's progress depends only on strengthening of democracy and rule of law.

The Prime Minister distributed awards among the outstanding businessmen and industrialists.

He announced a grant of fifty million rupees for the Endowment Fund of the GC University.

The Prime Minister said that the students graduated from GC University Lahore are serving on senior posts in various sectors in the country.