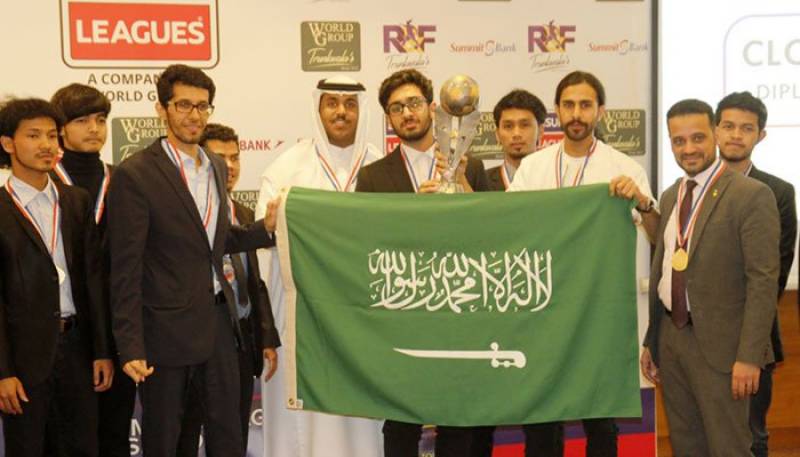 ISLAMABAD:The Diplomatic League football, hosted by Leisure Leagues has been concluded in Islamabad with a lavish closing ceremony at a local hotel.

Leisure Leagues, which is an initiative of the Trunkwala Family and World Group, organised the eight-team league from December 2017 to April 2018.

The league featured players from over 18 countries with the Saudi Embassy ‘B’ team crowned as champions.

World Group chairman Mehmood Trunkwala thanked the diplomatic missions for taking part in the league and helping to bring football to the masses in Pakistan.