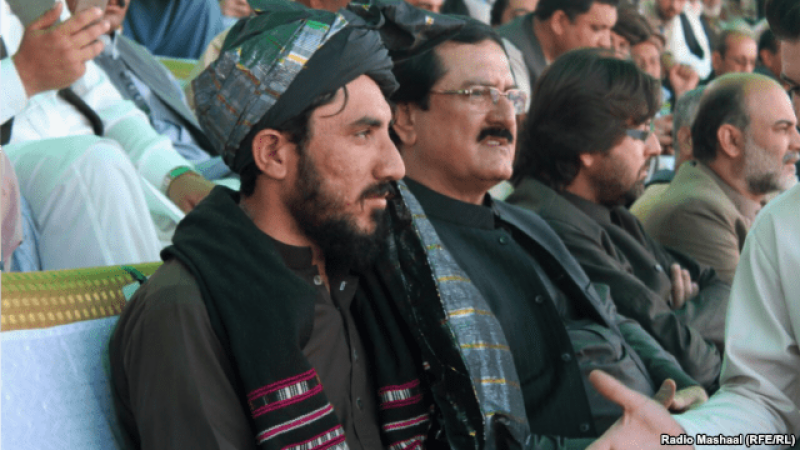 He has warned authorities of launching a ‘worldwide’ protest if they fail to release their activists, allegedly picked up ahead of their rally, in two days.

Speaking to a public gathering here on Sunday, he also demanded formation of a truth and reconciliation commission to find the facts behind ‘missing person’ issue.

People were carrying placards and banners inscribed with slogans and demands in favour of the missing persons while they also chanted slogans against the security forces.

To ensure security and public order, law enforcement agencies had cordon off the entire area at main Sohrab Goth. Hundreds of police and rangers personnel were deployed along the road from Sohrab Goth to Karachi Toll Plaza.

PTM was schedule to hold a rally on May 12 at Karachi’s Jinnah Bagh but the venue was changed as the authorities allowed the movement to stage its gathering at the ground near Al-Asif Square in Sohrab Goth on May 13.

Earlier the same day (Sunday), PTM leader Manzoor Pashteen was refused a boarding pass for a flight from Islamabad to Karachi, forcing him to travel by road to attend the Karachi rally.

As per media reports, Pashteen on his way was briefly detained at Bhahawalpur and then at Hyederabad which delayed his arrival.

Addressing the public meeting, the PTM leader said that Karachi suffered massive extrajudicial killings and thousands of people who came to the port city from other areas of the country remained a soft target.