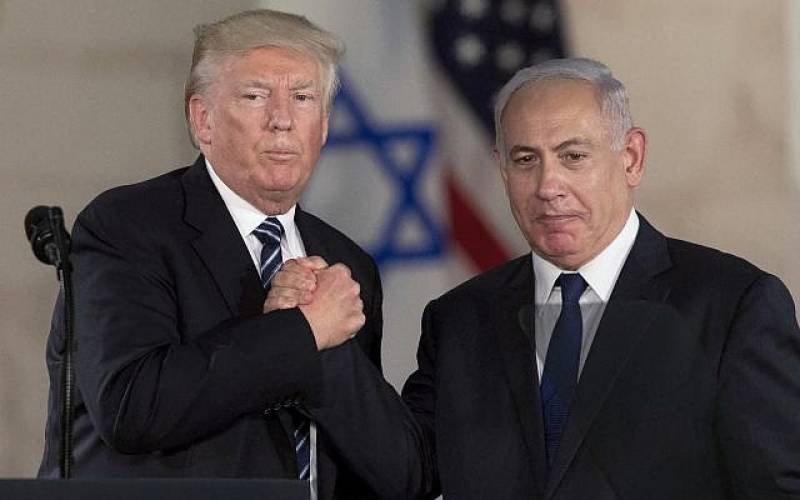 *CAIRO: Arab League chief Ahmed Abul Gheit on Monday blasted as “shameful” countries that are celebrating the opening of the US embassy in Israel in the disputed holy city of Jerusalem.*

“It is shameful to see countries participating with the US and Israel in celebrating the former’s embassy move to occupied Jerusalem in a clear and grave violation of international law and (UN) Security Council resolutions,” said Abul Gheit.

Speaking in Cairo, where the Arab League is based, he called on all countries to “refrain from taking any step that would harm the rights of the Palestinian people.”

The status of Jerusalem — home to Muslim, Jewish and Christian places of worship — is perhaps the thorniest issue in the decades-long Israeli-Palestinian conflict.

Israel considers the entire city its capital, while the Palestinians see east Jerusalem as the capital of their future state.

Monday’s ceremony included around 800 guests, though not US President Donald Trump whose decision to move the embassy has sparked deadly violence.

Abul Gheit said the move “represents an extremely dangerous step” and “I don’t think the American administration realises its real implications in the short and long terms”.

“The Palestinian side feels that the United States has abandoned its historic role as a credible mediator in this conflict, after Washington unfortunately revealed full bias towards the Israeli positions which consistently contradict international legitimacy and law.”

The Arab League will hold emergency talks Wednesday to discuss Washington’s “illegal” decision to move the US embassy in Israel to Jerusalem, a senior official said earlier.

The meeting would focus on “ways of countering the illegal decision by the United States to move the embassy to Jerusalem”, said Saeed Abu Ali, the organisation’s deputy secretary general for Palestinian affairs.

He told reporters the permanent representatives of members of the Arab League would meet “at the request of the state of Palestine”.

Jordan denounced the embassy move as a “clear violation” of the UN charter.

In a statement, it also “condemned” a unilateral decision by Trump to recognise Jerusalem as the capital of Israel, despite Palestinian claims to part of the city.

In the hours leading up to the inauguration, at least 37 Palestinians were killed by Israeli fire along the Gaza border, the Gaza health ministry said, as mass protests and clashes erupted against the embassy transfer.

The clashes took place as a White House delegation and Israeli officials gathered for the embassy inauguration ceremony in Jerusalem. It was the bloodiest day in the Israeli-Palestinian conflict since a 2014 Gaza war. - APP/AFP