26 tourist students drowned into Jagran Ravine in Neelum
14 May, 2018 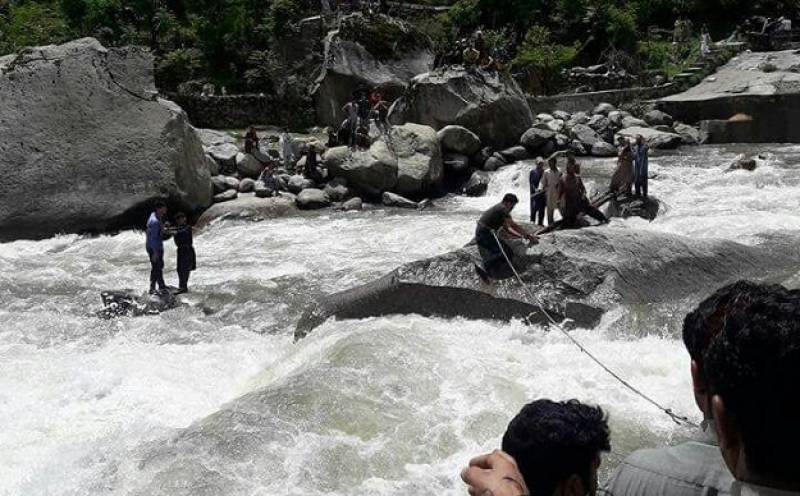 The Deputy Commissioner of Neelum District Raja Shahid Mehmood while talking to APP informed that some 72 tourist students were travelling in three different coaches to Neelum Valley. Some of the students among them later visited Kundal Shahi, a tourist spot of Kuton Jagran and at least 26 students gathered on the Jagran hanging bridge built on a deep gulch for taking their selfies, ignoring the warning mentioned on the board of the bridge.

The bridge collapsed due to overweight and the students fell into deep speedy water.

According to DC Neelum the police and local people promptly reacted and came to their rescue, after hectic efforts some four bodies were recovered from the river and eight injured students were rushed to the District Hospital Athmuqam whereas, 14 more students have been missing.

Three of the bodies were identified as Shahzeb, Abdul Rehman and Muhammad Zubair from Tips College Faisalabad whereas, Anum D/O Matloob, Anisa Bibi and Waleed Sajjid got injured Athmuqam.

The district officials said that rescue work has been extended to recover the rest of the missing students from the Nala. APP/AFP