US State Department view point on Af-Pak recent developments
14 May, 2016 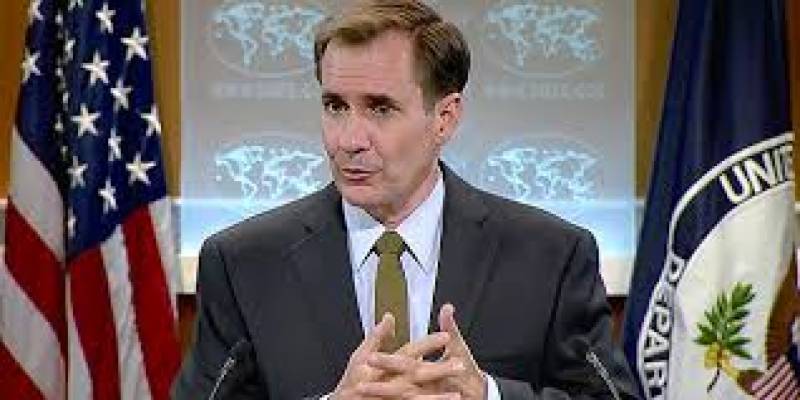 Pakistan and Afghanistan faced shared threat from terrorist networks and the United States want to see improvement in their dialogue and cooperation against their common enemy, a US State Department Spokesman has said.

Asked to comment on a reported statement by the Afghan President, US State Department Spokesman John Kirby said on Friday the United States continues to see that Afghanistan and Pakistan still face a shared threat from terrorist networks.

Kirby's remarks came a day after an editorial in the New York Times blamed Pakistan for the mess in Afghanistan. Pakistan's ambassador to the United States, Jalil Abbas Jilani in a rejoinder rejected the editorial saying that the collective failure of the international community was to be held responsible.

At a regular briefing at the State Department, spokesman Kirby said the terrorist networks continued to use safe havens, posing threats to both Pakistan and Afghanistan. "That's why we still have a counter-terrorism presence in Afghanistan."

He said it was for that reason that the United States continue to work with the Government of Pakistan as best it can to help share information as appropriate to help all sides go after this shared threat.

"This is a shared, common enemy to the people of Afghanistan and to the people of Pakistan, and they have been working and communicating together, and we want to see that kind of dialogue and cooperation continue and to improve," he added.

On the issue of opening Torkham border, he said the United States want to see that it's open and would like to see both Pakistan and Afghanistan work through their differences

"Is it complicated at times? Absolutely, it is. And do we see eye-to-eye on every issue with Pakistan? No, we don't. But that's why the relationship matters so much, because we have shared threats and shared concerns, shared interest in the region, and we're going to continue to work at it," he added.

He did not agree with a questioner that the two sides did not have best of the relationship at this point of time, again reiterating that it was an important relationship that "we continue to work at very, very seriously, and we are - we're going to remain committed to."